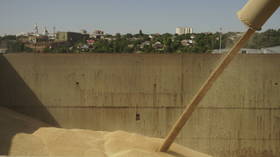 Russia has asked the EU and other Western nations to lift sanctions on state lender Rosselkhozbank, Reuters reported on Saturday, citing sources.

According to the news agency, such a move would allow the bank to restore relations with its correspondent banks abroad and process payments for Russian grain and fertilizer exports.

Prior to the introduction of anti-Russia sanctions, such payments were serviced by international banks and subsidiaries of Russian banks in Switzerland, the report says.

The report did not mention whether Russia has received a response to its appeal.

According to Reuters, the request was made during talks on the fate of the Ukrainian grain deal, which expires later this month. As part of the agreement, reached in July, Western countries were supposed to ease restrictions on Russian agricultural exports. 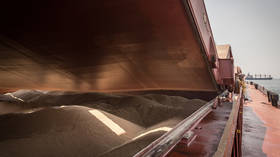 While the sanctions do not directly target these exports, certain curbs on payment processing, shipping and insurance have created obstacles for Russian exporters.

Washington has taken steps to convince businesses that there are no sanctions on Russian food exports, a senior State Department official told the news outlet. The department reportedly sent out letters of reassurance to companies seeking proof that their deals with Russia would not violate restrictive measures. Nevertheless, Moscow has repeatedly said that sanctions make agricultural exports next to impossible and has demanded their cancellation.

Rosselkhozbank fell under Western sanctions along with Russia’s other largest banks earlier this year, and its assets and correspondent accounts in US dollars and euros were frozen.