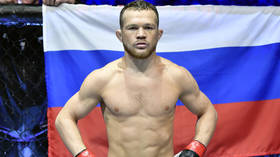 Petr Yan will set off on the road to become UFC bantamweight champion once more by first facing top prospect Sean O'Malley at UFC 280, according to the brash American.

The Russian was last seen in the octagon losing a title rematch to current division king Aljamain Sterling by submission at UFC 273 in April after the 'Funk Master' first dethroned him in 2021 via disqualification.

As revealed by O'Malley to ESPN, Yan appears to be lined up to face a figure viewed as one of MMA's most talented up and comers for his return in October, in an Abu Dhabi show which will be headlined by Yan's compatriot Islam Makhachev attempting to claim the lightweight crown against Brazil's Charles Oliveira.

"In my eyes, Petr is the number one contender right now. He's pretty much 1-1 against Aljo [Aljamain Sterling]… he could be considered the champion.

"Going in there and stepping up against a guy like Petr is exciting, it's motivating and it's the biggest fight in the bantamweight division right now," O'Malley further claimed.

Yan is thought of as one of the best strikers in MMA's elite championship, and O'Malley is noted for his boxing skills too hence his ring name 'Sugar'.

The fight is still yet to be officially announced by the UFC itself, but O'Malley had teased that it might be in the works after tweeting Yan and asking: "Hey Petr Yan, are you 5”4 or 5”5?

"Trying get my training partners figured out," O'Malley added.

As news of the showdown surfaced on Twitter, O'Malley also retweeted a comment from former fighter Tim Welch who said there was a "Big risk, big reward" for O'Malley. 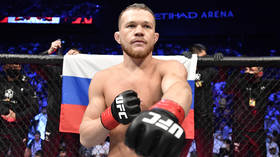 Yet Yan has been chasing a meeting with O'Malley for a few weeks now too, writing on July 1: "Hey pink poodle, [Sean O'Malley], if you win on Saturday and really wanna fight me I dare you to call me out and I will accept it.

"But if you just wanna make useless noise for hype, stop talking about me, coward," Yan demanded.

Though O'Malley didn't win at UFC 276 the following day, the fight ending in a no contest due to an accidental eye poke on Pedro Munhoz, which meant that Brazilian wasn't able to continue, resulted in the Yan fight still being able to be made.

Currently ranked 13 in the bantamweight class, O'Malley would be in the conversation for a shot at Sterling if he gets past number one contender Yan.