Moscow has not received any official proposals on replacing the New START arms control treaty, a senior diplomat has said 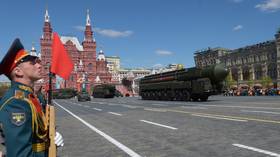 Russia has not received any concrete proposals to resume talks on replacing the landmark New START (Strategic Arms Reduction Treaty), despite recent remarks by US President Joe Biden on the matter, a senior Russian diplomat said on Friday. He also signaled that the negotiations should be held without any preconditions.

According to the diplomat, a real commitment to resume dialogue with Russia “should be supported by concrete proposals, concrete signals” that Moscow could view as a firm decision on the part of the US to “resume close cooperation with Russia on a wide range of issues of strategic stability.”

“At the moment, we are not receiving such signals, except for these declarative statements, including those coming from the highest level,” he added.

Belousov noted that the timing of the US statements on arms control should also be taken into account.

“It is clear that the timing was chosen on purpose. The statement by the US president was made before the Conference [on the Non-Proliferation of Nuclear Weapons] intentionally to show that the US is still a state you can cooperate with and which is ready to engage in dialogue,” the Russian representative said.

According to Belousov, Moscow does not think that the US is ready for constructive talks on the New START treaty that would accommodate the interests of all parties, at least not at this stage. He also noted that Russia views the preliminary conditions for the dialogue set by Washington as “unacceptable.” 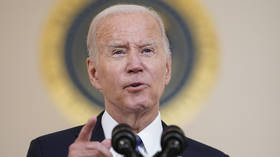 “The statement by the US president, which, as we believe, reflects a softening of the US stance on resuming dialogue with Russia on a wide range of issues of strategic stability, is linked to some sort of a preliminary condition,” Belousov said, adding that it has not been formulated in black and white, but rather looks like a hint.

The high-ranking diplomat recalled that previous statements on the matter were “more specific and understandable.”

“There were specific conditions under which the United States would agree to resume this dialogue with us,” he said. “But in any case, no matter how these preconditions are phrased, we deem them unacceptable.”

The diplomat echoed comments made by Russian Foreign Minister Sergey Lavrov, who said on Wednesday that the US had not made any “requests on reopening this negotiating process.” The West, he said at the time, “has developed a habit of making announcements on the microphone and then forgetting about them.”

Earlier this month, Biden revealed that Washington was ready to negotiate “a new arms control framework” with Russia that could potentially replace the New START treaty when it expires in 2026. The landmark document, which entered into force in 2011 and was extended in 2021 after Biden’s inauguration, puts caps on the number of strategic nuclear missiles and warheads held by Russia and the US.