According to the country’s settlement depository, the payments were made on Friday 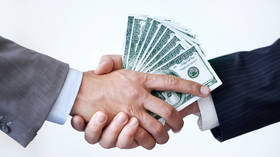 The coupons on Eurobonds maturing in 2026 and 2036 were due to be paid on May 27. The country forwarded the two payments to the depository last week in an effort to evade a technical default, which would ensue if the bond payments did not reach investors on time.

The payment comes just days after the US decided not to extend a waiver that allows Russia to pay off its debt in foreign currency. The waiver was introduced earlier this spring, after the US and several other Western nations placed sanctions on the country in connection with the situation in Ukraine. The expiry of the waiver means creditors may be unable to receive payments even if Russia makes them, which would constitute a default.

However, this kind of default would be unprecedented, analysts say, as Russia is being pushed into it by geopolitical pressure, not by an inability to pay. The country has repeatedly stated that it has the money to pay its obligations due to oil and gas revenues, and $300 billion in reserves (apart from another $300 billion or so frozen by sanctions). However, Western sanctions have essentially denied Russia the ability to conduct transactions in foreign currencies, and without the US waiver, it now has no way to pay. 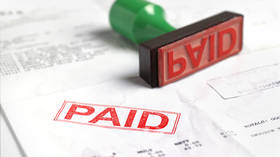 Russia views the situation as an ‘artificial default’, and is currently working on a new mechanism to service its debt coupons without the US waiver, Finance Minister Anton Siluanov announced on Friday. The next coupons on Eurobonds maturing in 2027, 2028, and 2048 are due to be paid in late June.

Earlier this week, Siluanov reiterated that Russia will pay its Eurobond obligations in the national currency, the ruble, if it is unable to pay in foreign currency, in order to defend its image as a reliable borrower.

According to a report from RBC, the country could use the “reimbursement in alternate currency” clause which appears in the documentation on Russian securities. It says a payment obligation is considered fulfilled if the prescribed amount is subsequently exchanged into dollars from the currency used to pay. Experts say the clause has a sufficiently broad legal phrasing to give Russia grounds to challenge its default status if it comes to it. The country is eager to evade the status, as a default, even a technical one, would lower Russia’s chances for borrowing in the future and raise borrowing costs.