The figure exceeded $300 million in the first eight months of the year, according to the Russian embassy 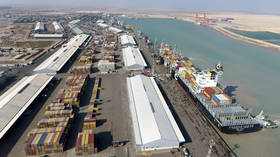 The trade turnover between Russia and Iraq between January and August 2022 amounts to $313.1 million and has exceeded the figure for all of last year, $282.7 million, an economic adviser at the Russian embassy in Baghdad, Ilya Lobov, has said, in an interview with news outlet RIA Novosti published on Saturday.

“If we compare this to the year before last year, then we recorded a two-and-a-half-times increase. The positive dynamic was influenced by a significant increase in the volume of purchases of our sunflower oil, wheat flour and animal feed,” Lobov explained.

The diplomat said that the countries do not intend to stop at the achieved results. According to him, the trade units of both Iraqi and Russian embassies continue close cooperation with the Russian-Iraqi Business Council and are looking for new opportunities to increase and expand mutual trade.

Nonetheless, Lobov noted that this year’s Western sanctions against Russia have brought difficulties to the countries’ cooperation. 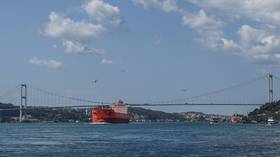 “We note that the anti-Russian sanctions have become an additional negative factor on the path to strengthening bilateral [trade] cooperation. For example, financial settlements in international banks, especially in US dollars, have become more difficult. At the same time, our Iraqi partners understand the benefits and prospects of working together. There is an ongoing close dialogue to develop mutually acceptable solutions to solve all problems that arise,” the economic adviser said.

Lobov also stressed that the countries’ cooperation in the energy sphere remains a priority in the countries’ economic partnership, noting that Moscow has already invested more than $14 billion in its joint energy projects with Baghdad.

The official said Russian oil giant Lukoil is currently working on a large Iraqi ‘Block 10’ oil project in Muthanna province, which is due to start production in 2024, while Russia’s Bashneft oil major is developing the ‘Block 12’ oil field in Iraq’s Western Desert.