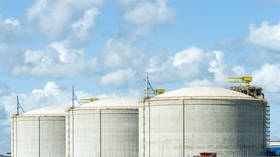 The Netherlands has become the fourth country to stop receiving Russian natural gas, following its decision not to pay for deliveries in rubles. Russia’s energy giant Gazprom announced on Tuesday that it had “completely stopped gas supplies” to the Dutch state energy wholesaler GasTerra.

“As of the end of the business day on May 30, Gazprom Export had not received payment for gas supplies in April from GasTerra B.V.,” the Russian company explained in a statement.

GasTerra earlier said it had taken measures to make up for the gas shortfall.

“The cessation of supply by Gazprom means that until October 1, 2022, the date on which the contract ends, approximately 2 bcm of contracted gas will not be supplied. GasTerra has anticipated this by purchasing gas elsewhere,” the Dutch company said in a statement.

In late April, Gazprom suspended gas exports to Bulgaria and Poland, and in May, Finland was cut off. Denmark also faces a supply freeze after refusing Russia’s ruble payment demand.

Moscow’s new payment scheme requires gas buyers from “unfriendly” countries that have placed sanctions on Russia to open accounts in Gazprombank. They can then deposit funds in their currency of choice, which the bank converts to rubles and transfers to the supplier.

In total, two dozen European companies have so far opened ruble accounts, according to the Russian Energy Ministry.