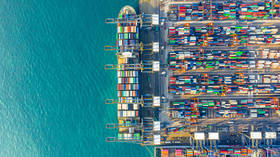 Trade turnover between Russia and China is expected to reach $200 billion as soon as by the end of the current year, according to Russian Deputy Foreign Minister Igor Morgulov as quoted by TASS.

“We, quite obviously, will be able to achieve a trade turnover of $200 billion earlier then it had been set by our leaders. We can achieve this goal much earlier, it is possible by the end of this year,” Morgulov said on Wednesday at the 7th international conference ‘Russia and China: Cooperation in a New Era’.

The official emphasized the inviolability of relations between Moscow and Beijing and the failure of the latest attempts by Western states to drive them apart. 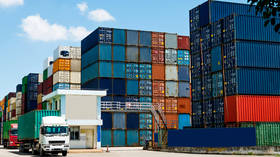 The two nations have been cementing ties over the last several years, including announcing a “no-limits” partnership in February. Beijing has refused to condemn Russia’s military operation in Ukraine and has repeatedly criticized the unprecedented Western sanctions imposed on Moscow over it.

On Wednesday, Russian Foreign Minister Sergey Lavrov highlighted the “inexhaustible potential” of his country’s strategic relationship with China. Lavrov said that Moscow’s cooperation with Beijing continued to grow in “scale and intensity” despite the punitive measures and the “information war” led by the United States.