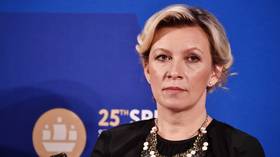 US accusations that North Korea was supplying Russia with ammunition are lies, the spokeswoman for the Russian Foreign Ministry, Maria Zakharova, said on Wednesday. She added that Washington was just looking for a pretext to impose new sanctions on North Korea and made up the ammunition claim for that purpose.

“There was no clear explanation for these statements, nor could there be, because everything said by American representatives is a lie from the beginning to the end,” Zakharova said in a daily briefing, further describing the claim as “another example of [fake news] and speculations spread by the West about Russia.”

On November 2, the US National Security Council spokesman, John Kirby, announced that North Korea had sent a “significant” number of artillery shells for resupplying the military effort in Ukraine. CNN also reported the claim, citing US intelligence assessments.

North Korea denied the accusations on Tuesday. “We once again make clear that we have never had ‘arms dealings’ with Russia and that we have no plan to do so in the future,” said the Defense Ministry in Pyongyang, accusing the US of “persistently spreading a groundless rumor.” 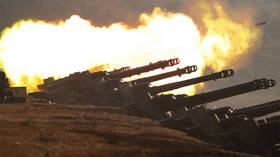 US claims about North Korean ammunition supplies to Russia date back to September. In response, Russia’s ambassador to the UN, Vassily Nebenzia, demanded in the Security Council that the US and UK provide evidence of their claims, or be considered peddlers of fake news.

Meanwhile, the US has supplied Ukraine with weapons, ammunition, and assorted military equipment valued at over $54 billion since the hostilities escalated in February. Most of its NATO allies have followed suit, all the while insisting they were not a party to the conflict.

Last month, Czech media reported that Washington was looking to buy $3 billion worth of anti-aircraft missiles and artillery ammunition from South Korea. When Russian President Vladimir Putin mentioned that report at the Valdai Discussion Club, South Korea denied it.

“We’ve provided humanitarian and peaceful assistance to Ukraine but never lethal weapons,” said South Korean President Yoon Suk-yeol, adding that his country is “trying to maintain peaceful relations with all countries around the world, including Russia.”