Holdings rose by $6.5 billion during October, according to the central bank 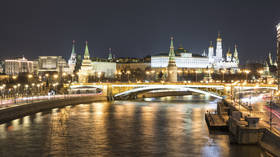 Russia’s foreign currency reserves increased by 1.2% during October to over $547 billion as of November 1. Moscow has been ramping up its reserves as a shield against Western sanctions.

The increase over the previous month totaled $6.5 billion, the regulator said, noting that the rise was due to a positive market revaluation.

The central bank regularly publishes updates on its holdings with a one-week lag. Russia’s international reserves, which are highly liquid foreign assets held by the Bank of Russia and the country’s government, consist of foreign-currency funds, special drawing rights with the IMF and monetary gold.

Russia lost access to roughly half of its foreign currency reserves in early March after they were frozen by Western central banks as part of sanctions introduced by the US and its allies in response to the conflict in Ukraine. The rest of the reserves consist of gold and foreign currency held domestically and Chinese yuan assets.

Despite this, the Russian Finance Ministry said the country would be able to cope with sanctions thanks to its abundant reserves.