Russia-based hockey players to be banned from national teams 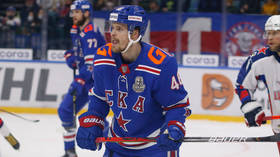 Finnish and Swedish players competing in the Kontinental Hockey League (KHL) or other championships in Russia won't be selected for their national ice hockey teams, it has been announced.

The Finnish Ice Hockey Association revealed its move, made as a response to the military operation in Ukraine, on Monday and stated that "players playing in Russia next season will not be able to play for the national team."

The Swedish Ice Hockey Association (SIF) said it was thinking of not selecting Swedish players based in the KHL and will reach a formal decision when the season ends.

"But what we can now state is that none of the players who participated during the playoffs in the KHL are eligible for the World Championship tournament in Finland," said the SIF in its own statement.

"On the part of the Swedish Hockey Association, we are going to ensure that players who choose to play in KHL for next season will not join our national team. Officially, the decision will be made by the federal government after the season," it also clarified. 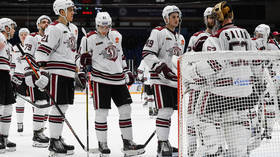 Though there were previously up to 31 Finnish and 30 Swedish players on KHL rosters, Finnish ice hockey club Jokerit pulling out of the KHL in February days after the conflict escalated left only a handful of players from these countries in Russia as other individual professionals decided to leave their clubs.

One left behind was defenseman Mikko Lehtonen at SKA St. Petersburg, with the agent of the Olympic and world champion reportedly saying that they tried to end his contract but faced a multimillion-euro fine if pressing ahead.

This forced the player and his agent to strike an agreement to finish the season in St. Petersburg, and then have Lehtonen abandon his contract three years ahead of schedule.

In the KHL finals on Saturday, where CSKA Moscow beat Metallurg Magnitogorsk in game seven for the championship, three Swedes starred but have not been picked by their country for the Euro Hockey Tour in Sweden this week.

The Euro Hockey Tour acts as a warm-up to the World Championship and Finland will also take part.

These latest moves come after Latvian parliament, known as the Saeima, prevented its country's athletes from competing in Russia or playing for Russian teams in a move that impacts ice hockey and the KHL the most. 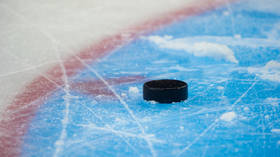 In Canada, the Canadian Hockey League (CHL) announced last week that Russian and Belarusian players won't be up for selection in the draft for next season on July 1 which will affect the junior Western, Ontario, and Quebec hockey leagues the CHL is made up of.

Last year, 16 players from Russia and 11 from Belarus were selected by CHL teams across the hockey-mad North American nation, but aspiring younger colleagues dreaming of breaking through to the elite professional National Hockey League (NHL) one day will have to look to make their first steps elsewhere.

Big Russian stars such as Washington Capitals captain Alexander Ovechkin continue to line up in the NHL consisting of franchises from the US and Canada, but Russian and Belarusian ice hockey players and teams are banned from all events under the jurisdiction of the International Ice Hockey Federation (IIHF).

This includes the 2022 men’s World Championship which Finland will host from May 13-29, meaning Russia have no chance to exact revenge on the hosts for beating the Russian Olympic Committee (ROC) in the ice hockey final at the Beijing 2022 Olympics.

Furthermore, Russia has also been stripped of its right to host the 2023 World Championship with a new home for the competition set to be decided at the IIHF's annual congress in the Finnish city of Tampere during the 2022 edition's final week.