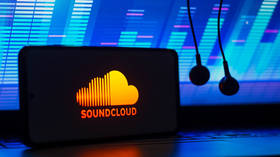 SoundCloud, one of the world’s largest music sharing and streaming services, has been blocked in Russia as of Saturday. The nation’s media regulator, Roskomnadzor, has banned the platform following a request by the Prosecutor General’s Office.

The services ran afoul of Russia’s “Information protection law,” according to data presented by Roskomnadzor. The platform violated a regulation that prohibits “calls for massive civil unrest, extremist activities” and spreading “false information of public importance” that might have grave consequences for public peace or people’s lives and health, the agency said.

The exact reason for the blocking remains unclear. Neither Roskomnadzor nor the Prosecutor General’s Office have made any statements on the issue so far.

The Berlin-based music sharing and streaming service that allows its users to upload, promote and share audio has not commented on the ban either. 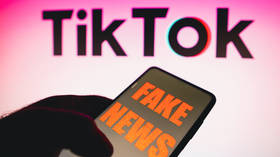 The Russian media watchdog has previously fined a number of western tech companies multiple times for violating Russian laws. In July, it imposed fines on US tech companies including Tinder, WhatsApp and Snapchat over their refusal to comply with Russia’s data localization regulations. Russia’s national internet and media watchdog had previously reported that about 600 representative offices of foreign companies including Apple, Microsoft, Samsung, PayPal, Booking and LG, among others, had localized the storage of Russian users’ personal data as required.

Back in March, Russia also banned Facebook and Instagram after designating their owner, US tech giant Meta, an extremist organization over its refusal to remove what Moscow considered to be false content about the conflict in Ukraine.

Earlier this week, Roskomnadzor accused Apple of “discriminatory restrictions” over its removal of all the applications of Russian social media company VK from its App Store. The US tech giant responded by citing the need to comply with anti-Russian sanctions, explaining that VK’s apps are distributed “by developers majority-owned or majority-controlled by one or more parties sanctioned by the UK government.”