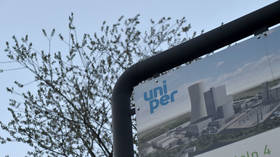 German energy firm Uniper is admitting to the possibility of paying for Russian gas in rubles, Tiina Tuomela, the company’s financial director said during a teleconference on Wednesday.

“To date, the flow of Russian gas under our existing long-term contract remains untouched. We are in ongoing discussions with Gazprom regarding the implementation of the Russian decree on payment in rubles, given the statements of the European Commission on sanctions,” she said, as cited by TASS.

According to Tuomela, the new ruble-based gas payment mechanism does not undermine sanctions, placed by the EU on Russia amid the crisis in Ukraine. The scheme, however, is still being discussed with German authorities. 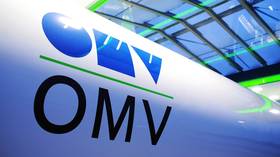 Berlin’s next payment for Russian gas is due at the end of May.

Uniper expects the crisis in Ukraine to dent its profits in 2022, mainly due to the sanctions-induced halt to the certification of Russia’s Nord Stream 2 gas pipeline project, which was partly financed by the German company. Also, Uniper’s revenues in Russia have been hit, and there are worries over the future of the company’s Russian subsidiary, energy generating company Unipro, where the latter holds an 83.73% stake. The German firm has lost €3.1 ($3.3) billion due to anti-Russia sanctions in the first three months of 2022 and expects to lose another €2 ($2.12) billion more in the months to come.