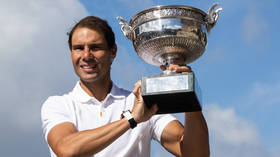 Rafael Nadal's dominance at the French Open is enough for the famous Philippe Chatrier Court at Roland Garros to be renamed after the Spaniard following his latest triumph at the clay court Grand Slam, according to the coach of his rival Roger Federer.

Nadal stormed to a remarkable 14th win at Roland Garros with a comprehensive straight sets win against Casper Ruud on Sunday, extending his remarkable series of wins at the event – and surging further into the lead when it comes to all-time Grand Slam victories with 22, two ahead of both Novak Djokovic and Federer.

The Spanish star's win will have been that much more satisfying, given that he defeated Djokovic in the quarter-finals – a win which was a measure of revenge for the Serb having eliminated Nadal from the 2021 iteration of the competition.

Nadal also took advantage of Djokovic's visa woes by winning the Australian Open – traditionally his favorite event – after the Serbian ace was deported from the country in January following a spat over Covid-19 vaccination requirements.

But when it comes to Roger Federer, the Swiss superstar who is one of the three men who have dominated men's tennis for several years now, there is a long history of respect for Nadal and his achievements in the sport.

The latest such instance of which saw Federer's current coach and former pro Ivan Ljubicic announce that he feels that Nadal's dominance of the French Open between 2005 and 2022 deserves a whole lot more than just a statue outside the arena.

“Not many PLAYED 14 Roland Garros tournaments,” wrote Ljubicic on Twitter.

“He won it 14 times. There is no word to describe this feat. Don't think good old Philippe would mind if his court changes the name to Rafael Nadal – statue is not enough.”

The center court at Roland Garros was named after French player Philippe Chatrier in 2001, a year after the death of the former International Tennis Federation and French Tennis Federation president; a man who has been a central figure to the progression of the sport in France. 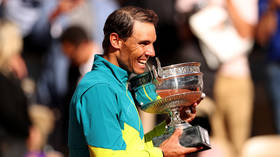 In strict tennis terms, this would appear an easy decision. Chatrier played in just one French Open during his tennis career, reaching the third round in 1949 but he was perhaps better known for his achievements off the court – playing a key role in having tennis become an Olympic sport in the 1980s.

While Nadal is the most successful player in the event's history, having only failed to win it four times since 2005.

Sunday's victory against Ruud also made him the oldest winner of the tournament (36) in its history.