The clerk who leaked draft of Roe v. Wade decision should be “exiled from the legal community,” one Republican lawmaker says 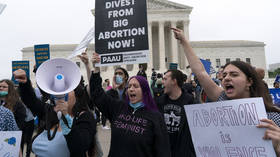 Republican lawmakers have condemned the US Supreme Court staffer who leaked a draft opinion showing that the institution would imminently strike down the landmark Roe v. Wade ruling, which allows the right to an abortion. The leak, which Senator Marsha Blackburn attributed to a “radical activist,” essentially forced a legal dispute into the public arena.

“I have no doubt that the Chief Justice will work to root out the radical activist that betrayed the sacred tradition of the court,” Blackburn, a Republican from Tennessee, tweeted on Tuesday. “The leaker must be immediately removed from their position and exiled from the legal community.”

Hours earlier, Politico published a draft decision suggesting that the Supreme Court, by five votes to three, had decided to overturn Roe v. Wade, a 1973 ruling that guaranteed the absolute right to a first-trimester abortion and limited rights in the second. A 1992 ruling upholding Roe v. Wade – Planned Parenthood v. Casey – would also be overturned. 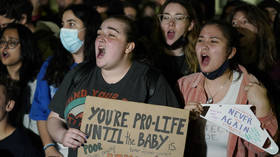 “Roe was egregiously wrong from the start. Its reasoning was exceptionally weak, and the decision has had damaging consequences,” conservative Justice Samuel Alito wrote in a draft majority opinion. Alito argued that as the US Constitution makes no mention of the right to terminate pregnancy, “it is time to heed the Constitution and return the issue of abortion to the people’s elected representatives” on the state level.

Conservative lawmakers and pundits suspected that the decision was leaked by a liberal clerk in a bid to generate public outrage and force the court to reconsider. One clerk working for Justice Sonia Sotomayor has already been touted as the likely culprit, though this has not been proven.

“This is a blatant attempt to intimidate the court through public pressure rather than reasoned argument,” Republican Sen. Ted Cruz (Texas) tweeted. “I hope my fellow former clerks and the entire legal community will join me in denouncing this egregious breach of trust.”

“This leak has to come from a clerk or Justice themselves,” an unnamed former clerk told conservative pundit Benny Johnson. “It is intended to blow up the court. Criminal investigation needs to happen now.”

The release was described by many pro-life commentators as “unprecedented.” However, the court’s rulings have been let out of the bag before. The original Roe v. Wade decision was published by Time magazine several hours before it was announced by the court, for example. However, the outcome in that case had already been determined, while the document published by Politico on Monday was a draft, and therefore subject to change.

Moreover, the court is not set to issue its opinion on Roe v. Wade until late June, when it will possibly rule on the Mississippi abortion case that put the 1973 precedent in its crosshairs.

According to CBS News, Chief Justice John Roberts will likely order an FBI investigation. Meanwhile, crowds of pro- and anti-abortion protesters have gathered outside the court in Washington on Tuesday.