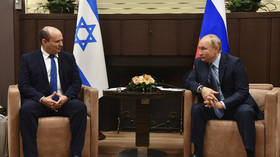 Vladimir Putin has issued an apology to Naftali Bennett for Russian Foreign Minister Sergey Lavrov’s statements during phone talks on Thursday, the Israeli Prime Minister’s Office has said. Lavrov made the controversial remarks over the weekend, suggesting that Adolf Hitler may have had Jewish ancestry and that some of the “most ardent” anti-Semites are Jews themselves.

“The Prime Minister accepted President Putin’s apology for Lavrov’s remarks and thanked him for clarifying his attitude towards the Jewish people and the memory of the Holocaust,” the PM’s office said.

While the readout of the talks released by the Kremlin press service did not mention the apology, it said the two leaders discussed the importance of the upcoming Victory Day celebrations “for the people of both countries, who carefully preserve the historical truth about the events of those years and honour the memory of all the fallen, including the victims of the Holocaust.”

“The President of Russia recalled that of the six million Jews tortured in ghettoes and death camps and killed by the Nazis during punitive operations, 40 percent were Soviet citizens,” the Kremlin press service noted. “In turn, Naftali Bennett highlighted the Red Army’s decisive contribution to Victory over Nazism.” 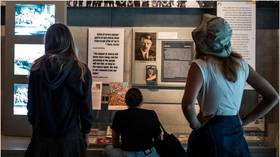 The international controversy was sparked by Russia’s top diplomat on Sunday as he spoke to Italy’s Mediaset media company. Lavrov confirmed that the “denazification” of Ukraine remains one of the primary goals of the ongoing military operation against Ukraine. A reporter then mentioned that Ukrainian President Volodymyr Zelensky was Jewish, prompting Lavrov’s controversial remarks. The diplomat suggested that Hitler “had Jewish blood in him,” adding that “wise Jewish people say the most ardent anti-Semites are usually Jews.”

Before apparently getting sorted out at the top level, the scandal prompted a brief diplomatic back-and-forth between Russia and Israel. Lavrov’s Israeli counterpart, Yair Lapid, strongly condemned the remarks, demanding an apology.

“Foreign Minister Lavrov’s remarks are both an unforgivable and outrageous statement as well as a terrible historical error,” Lapid stated. “Jews did not murder themselves in the Holocaust. The lowest level of racism against Jews is to accuse Jews themselves of anti-Semitism.”

Lapid’s statement prompted a response from the Russian Foreign Ministry, which brought up “tragic examples of cooperation between Jews and Nazis” during the Holocaust, mentioning, among other things, the so-called ‘Judenrats’ – Jewish councils established in ghettos that reported to Nazis. Moreover, the Jewish ancestry of any president cannot be a guarantee against neo-Nazis raising their heads, the ministry noted.

“[Zelensky] hides behind his ancestry himself and covers with it real neo-Nazis, spiritual and blood heirs of the executioners of his own people,” the ministry noted. “The Jewish ancestry of a president is not a guarantee of protection from rampant neo-Nazism in a country.”