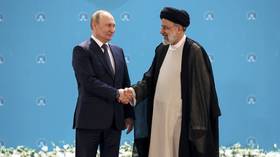 “The leaders discussed a number of current issues on the bilateral agenda with an emphasis on the continued building up of interaction in politics, trade and the economy, including transport and logistics,” according to a brief readout of the conversation from the Kremlin.

According to Tehran, Raisi “welcomed Moscow's keenness to improve economic cooperation with Iran,” noting how the recent increase in diplomatic and economic exchanges was “strengthening” the ties between the two countries. 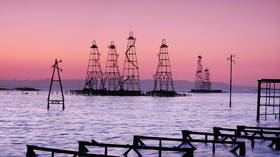 Russia and Iran are rapidly expanding their energy and trade ties amid the Western sanctions imposed on both nations. Barter deals, such as a $40 billion agreement with Russian energy major Gazprom expected to be finalized in December, help the countries avoid settlement issues presented by the Western financial system. They also enjoy direct trade links via the Caspian Sea.

In June, the Islamic Republic of Iran officially submitted its application to join the group of five BRICS nations (Brazil, Russia, India, China, and South Africa) which account for over 40% of the global population and nearly a quarter of the world’s GDP. The bloc’s stated purposes include promoting peace, security, development, and cooperation globally, and contributing to the development of humanity. 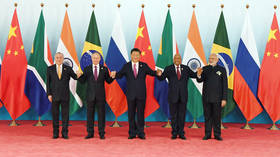 Earlier this week, Russia's Security Council chief Nikolay Patrushev visited Tehran, where he met a number of senior officials including his security counterpart Ali Shamkhani and President Raisi. The trip triggered fresh Western media speculations about the countries’ security ties, following weeks of claims that Iran has been supplying Russia with kamikaze drones.

Both Moscow and Tehran have repeatedly denied that arms deliveries have taken place amid the conflict between Moscow and Kiev. Kiev insists that drones designated by Moscow as Russian-made Geran-2 are actually Iranian-supplied Shahed-136 UAVs. Last week, Iranian Foreign Minister Hossein Amirabdollahian said that his nation only provided Russia with a “small number of drones” before the start of the conflict.