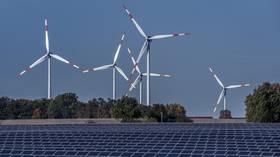 The EU imposed sanctions against Moscow and closed off supply routes, but now wants to blame the gas shortages on Gazprom, Russian President Vladimir Putin said on Tuesday. Russia is ready to deliver as much gas as Europe needs, if the EU wishes to stop “stepping on rakes,” Putin said while visiting Tehran for the summit with presidents of Iran and Turkey.

“What does Gazprom have to do with it? They closed one route, the second route, put these gas pumping stations under sanctions,” Putin said when asked about the current shortage of gas in Germany. “Gazprom is ready to pump as much as necessary, but [the West] closed everything themselves. And they are stepping on the same rake when it comes to oil and petroleum products,” the Russian president added.

The Russian gas giant has always fulfilled its contractual obligations, Putin added, calling accusations against Gazprom “completely baseless” and an attempt by Western countries to “shift the blame for their own mistakes” onto Russia. 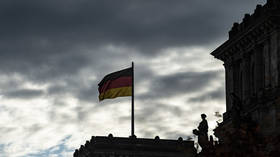 Putin repeated what he said last month about the EU’s energy policy, saying that the bloc spent the past decade neglecting the “traditional energy” sector – coal, oil, gas and nuclear – in favor of “green” projects such as wind and solar.

“Banks do not finance, insurance companies do not insure, local authorities do not allocate land for new developments, pipelines and other transport are not developed,” Putin said. “You now see the result.”

Western nations are “great experts in the field of non-traditional relations,” the Russian president said, so they decided to invest in “non-traditional types of energy” as well. “The winter turned out to be long. There was no wind. That's all.” 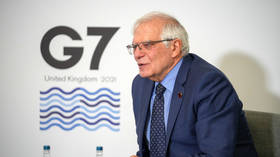 On Monday, Gazprom allegedly informed its clients that it had not been able to deliver natural gas to Germany since July 14 due to force majeure. The Nord Stream 1 pipeline was shut down for annual maintenance, and required a Siemens turbine that had been sent to Canada for repairs. Ottawa had held up the turbine, however, citing anti-Russian sanctions by the US and its allies. It has since reportedly changed its mind, at Berlin’s request. The pipeline is supposed to resume normal operations by Thursday.

Germany had also rejected Russia’s offer to reroute the deliveries through Nord Stream 2, the second pipeline under the Baltic Sea, saying the pipeline was not legally certified for operation. Berlin had put the pipeline’s certification on indefinite hold in February, prior to the Russian military operation in Ukraine.