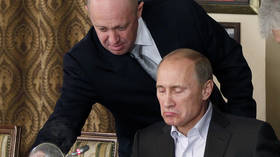 Russian businessman Yevgeny Prigozhin apparently trolled a domestic media outlet by declaring he interfered in US elections and would continue doing so, while recommending a comedy film about the ‘Russian troll farm’ that Democrats in the US insisted helped Donald Trump get elected president in 2016.

“Gentlemen, we interfered, we interfere and we will interfere. Carefully, precisely, surgically and in our own way, as we know how. During our pinpoint operations, we will remove both kidneys and the liver at once,” the press service of his company Concord quoted Prigozhin in reply to an inquiry by Russia News on Monday.

Reuters reported this to be “first such admission from a figure who has been formally implicated by Washington in efforts to influence American politics.” The Associated Press also wrote that Prigozhin has confirmed “for the first time the accusations that he has rejected for years.” Concord was charged by the Mueller probe of running the “Internet Research Agency” that allegedly took out ads on US social media in 2016. The US government dropped the case in March 2020, after Prigozhin challenged the indictment in US court. 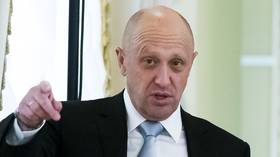 The news agencies seem to have missed a massive clue that Prigozhin was trolling – Concord’s recommendation to watch “16,” a 2021 Russian comedy based on the conspiracy theories about “Russian meddling” in American elections.

Prigozhin also has a history of trolling media inquiries. Last week, he offered to fund a British lawsuit against him, as it “flatters me in many ways” and “emphasizes the immeasurable merits and the contribution made by the Wagner group to the destruction of the NATO-controlled Kiev regime.”

In another memorable post on the social media VK last month, Prigozhin offered a multiple-choice answer to an inquiry by AP about Wagner recruiting Afghans for the war in Ukraine.

“Option one: We’re currently holding talks with the Afghan army to open a second front towards Norway, Sweden and Finland. Option two: We don’t understand the motives behind asking such idiotic questions. What f******g Afghan army? Pick whichever you like best.”