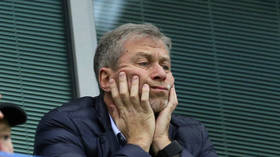 Police on the English Channel island of Jersey have agreed to pay damages and apologize for searching properties linked to Russian billionaire Roman Abramovich, Reuters and the Wall Street Journal have reported, citing legal documents.

Britain and the EU blacklisted Abramovich in May in response to Russia’s military operation in Ukraine, which was launched in February.

According to Reuters, police acknowledged that “the search warrants were obtained unlawfully” and “should be quashed.”

The recourse comes as the WSJ cited the Royal Court of Jersey as saying that the police had agreed to issue “a private apology” to Abramovich.

A spokeswoman for the billionaire said that “Abramovich has always acted in accordance with the law, we are pleased that the Jersey Police have conceded in relation to these unlawful and unfounded searches.”

The States of Jersey Police and the Jersey Law Officers Department, meanwhile, said that they were unable to comment on the ongoing investigations. 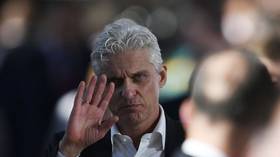 In April, a court in Jersey, a British dependency, ordered the freezing of $7 billion worth of assets linked to Abramovich. Around the same time, police raided the premises in the island’s capital of St Helier, seizing documents and electronic devices.

However, two weeks later, the police returned all of the seized items. The court did not specify in its ruling in what way the warrants were illegal, according to WSJ.

Abramovich made his fortune mostly through the oil and commodity trade in the 1990s and served as the governor of the remote Chukotka Region in the extreme northern part of Russia’s Far East in the 2000s. He bought the English football club Chelsea in 2003 but sold it earlier this year.

Liz Truss, when she was still the UK foreign secretary, described Abramovich in May as one of the “oligarchs and kleptocrats” with close ties to Russia President Vladimir Putin who are “complicit” in the Ukraine conflict.

The news website EUobserver reported in June that Abramovich’s legal team allegedly sent a letter to EU officials claiming that he “has never expressed support for the Russian Federation's policy towards Ukraine.”