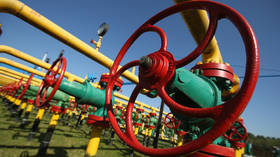 Warsaw has obliged the Polish subsidiary of the Russian energy giant Novatek to transfer its gas infrastructure to the nation’s state companies, Government Spokesperson Piotr Müller said on Friday. Novatek, which is on Poland’s sanctions list, on Thursday stopped gas supplies to some of the country’s regions.

He added that by the order of the prime minister, Novatek’s subsidiary Novatek Green Energy is obliged to transfer the networks to those companies, which will then supply gas to the cut-off municipalities.

According to the spokesperson, the transfer process will start immediately. “It all depends, of course, on whether there will be resistance from Novatek and its employees. If there is such, then in accordance with the law on anti-crisis management, we can apply coercive means,” Müller explained.