Poland proceeding with its plans for Ukraine – Moscow

Warsaw is looking to send “peacekeeping” forces into Western Ukraine and take over sectors of the economy, Russia's Foreign Intelligence Service claims 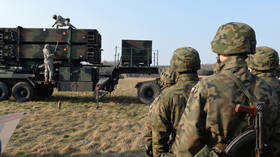 Warsaw continues to carry out an apparent attempt to “reclaim” parts of Ukraine in accordance with its “far-reaching plans” for the country, Russia’s Foreign Intelligence Service (SVR) said in a statement posted on Monday.

According to Russian intelligence, Poland is not only setting up a scenario to deploy its “peacekeeping” forces to the western parts of Ukraine, but is also trying to establish control over promising sectors of the Ukrainian economy, first and foremost – agriculture.

The SVR claims that Polish companies have taken advantage of the difficult condition Ukrainian farmers are in by arranging to purchase their goods at reduced prices, which is allegedly pushing some Ukrainian agriculture enterprises toward bankruptcy. The intelligence agency claims that Polish entities will then buy up these assets and lands at bargain prices.

“This can be illustrated, for example, by the purchase of new barley crop at $30 per ton, which is almost 5 times cheaper than the real cost of this product,” the SVR noted in its report.

The agency goes on to claim that Poland is investing in the creation of transport infrastructure and other logistics for the unimpeded export of Ukrainian food to Europe and other markets where prices are much higher.

All of this is being done under the new legal framework created by Kiev, the SVR explains, referring to a law on special guarantees for Polish citizens introduced in late July, and also one that allows Ukrainian industrial enterprises to be sold at a 50% discount.

Thus, the current Kiev authorities have essentially already started selling off the country, giving priority in this ‘business project’ to their Polish neighbors. 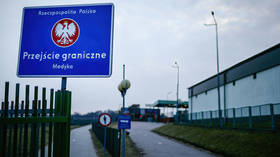 In April, SVR chief Sergey Naryshkin claimed that intelligence obtained by Moscow suggested that Poland and the US were working on a plan for Warsaw to regain control of Ukrainian areas that they consider as “historically belonging” to it.

He also suggested that the first phase of this “reunification” project would see Polish troops deployed to parts of Ukraine as “peacekeepers” under the pretext of protecting Ukraine from “Russian aggression.”

Poland has categorically denied these claims, although President Andrzej Duda has expressed hope that there will be no border between Poland and Ukraine in the future, calling the two nations “fraternal.”