US health regulators have further expanded eligibility for additional shots 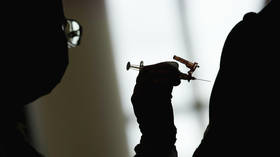 The US Food and Drug Administration (FDA) has given the green light to administer Pfizer vaccine boosters to children aged between 5 and 11, citing data collected in ongoing trials. The agency skipped an advisory board meeting typically held before such decisions, saying the matter had been covered during previous discussions.

The FDA announced the expanded booster eligibility on Wednesday, acknowledging that while “Covid-19 tends to be less severe in children than adults,” the virus’ Omicron variant has led to “more kids getting sick with the disease and being hospitalized” and created the need for boosters among younger Americans.

“The FDA is authorizing the use of a single booster dose of the Pfizer-BioNTech Covid-19 Vaccine for children 5 through 11 years of age to provide continued protection,” FDA Commissioner Robert Califf said, adding that “Vaccination continues to be the most effective way to prevent Covid-19 and its severe consequences, and it is safe.”

The health regulator went on to say that the new emergency use authorization was based on its “analysis of immune response data in a subset of children from the ongoing randomized placebo-controlled trial,” which indicated that immunity was stronger in those who received a booster. The same trial also provided the basis for the FDA’s decision in October 2021 to approve initial two-dose vaccinations for the 5-11 age group. 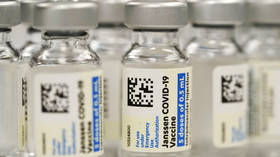 While the FDA’s independent Vaccines and Related Biological Products Advisory Committee usually meets to evaluate new authorizations, the agency said that was not needed due to “extensive discussions regarding the use of booster doses” in the past. Pfizer’s request to expand eligibility “did not raise questions that would benefit from additional discussion by committee members,” it added.

The Centers for Disease Control and Prevention (CDC) is expected to issue its own recommendation following a meeting set for later this week, while Pfizer and fellow pharma giant Moderna will meet with FDA officials next month to discuss approval for vaccinating children under the age of 5, according to CNBC.

The vaccine jointly developed by Pfizer and its partner BioNTech was the first in the US to receive emergency authorization in December 2020, followed by Moderna and Johnson & Johnson. The FDA has since scaled back approval for the latter company’s vaccine, however, limiting it to adults only earlier this month, pointing to potentially dangerous side effects for children.