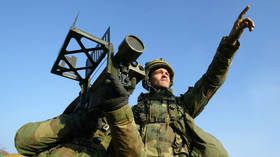 The Pentagon on Wednesday awarded a $624 million contract to arms giant Raytheon to replenish more than 1,400 Stinger anti-air missiles sent to the Ukrainian military. The deal comes after President Joe Biden signed a bill authorizing $40 billion in military aid for Ukraine.

According to a notice on the Department of Defense’s website, the contract must be fulfilled by July 2026, giving Raytheon four years to manufacture the shoulder-fired missiles. According to a company statement, Raytheon will produce 1,300 Stingers.

Although Raytheon stopped making these missiles in 2020, the defense firm won a contract in 2021 to start production again, mainly for foreign buyers, Reuters reported. Raytheon CEO Greg Hayes said in April that the US military has not purchased a Stinger in 18 years, and that some of the missile’s electronic components will need to be redesigned, as certain components are no longer commercially available. 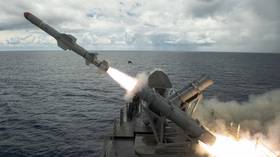 Earlier this month, Republican Rep. Mike Gallagher (Wisconsin) warned that the US had seriously depleted its stocks of Stinger and Javelin missiles in its rush to arm the Ukrainian military following the launch of Russia’s military operation in February. According to reports in April, the Pentagon had at that point burned through a quarter of its Stingers and a third of its Javelins.

The contract will be funded by a mammoth $40 billion appropriations bill, signed into law by President Joe Biden last week. The bill provided $8.7 billion to backfill US military stock already sent to Ukraine.

It is unclear how effective the Stingers have been in the hands of the Ukrainian military, or indeed how many of the weapons end up on the front lines. A US intelligence source told CNN last month that the agency has “almost zero” idea where US arms end up once they cross Ukrainian borders, describing the shipments as dropping “into a big black hole.”

Russia has declared Western weapons stockpiles in Ukraine “legitimate targets,” and frequently conducts air and missile strikes against them.