Home Iz minuta u minut Pelosi’s visit was a wake up call for China: Appeasing the US...

Pelosi's visit was a wake up call for China: Appeasing the US will never work

Finally fed up with showing unreciprocated good will, Beijing is breaking off multiple forms of dialogue with the US 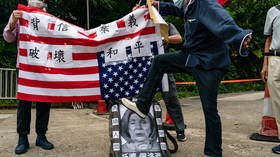 China’s announcement that it was suspending eight channels for cooperation and dialogue with the US following House Speaker Nancy Pelosi’s visit to Taipei appears to mark a break with the country’s previously overly indulgent approach to Washington’s caprice. The Americans’ reaction, meanwhile, was as predictable as it was revealing.

Washington unsurprisingly condemned the cutting of ties and insisted it did nothing wrong in giving the go-ahead for Pelosi’s visit.

Such a reaction might tell us a few things about US President Joe Biden’s China policy as a whole. In short, it can be described as ‘having your cake and eating it’. The US believes it can get away with treating China as an enemy in most areas but still selectively solicit cooperation in the pursuit of US interests in others. This stems from the unilateralist nature of American foreign policy, which strives to maximize its own advantages at all costs and never offer concessions in negotiations with adversaries.

But finally, the US went too far, and China has made clear that it has now had enough. Cooperation can now only be conditional on respecting China’s core interests. Some say this has been long overdue. 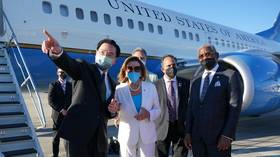 Why so? Because for a long time, China was perhaps way too patient with the United States. As Washington continually meted out malice, Beijing still believed the relationship could somehow be salvaged, repaired or rekindled, and kept showing the Americans good will they didn’t deserve.

China believed engagement was the answer. This is a product of the country’s post-Deng Xiaoping foreign policy doctrine, which above all emphasizes stability and taking only calculated risks. China reasoned that its development and rise would be jeopardized if it confronted the hegemon that sought to contain it.

This idea was great in the 1980s and 1990s, when China was not a threat to the US, and the Americans believed it was destined to liberalize. But that ‘end of history’ world doesn’t exist anymore.

And China has been slow to respond to that – meaning that its foreign-policy assumptions have recently led it to make strategic missteps again and again. During the first year of the Trump administration, Beijing decided to engage with Trump and give him what he wanted on the issue of North Korea, rolling out the red carpet for him in the Forbidden City, believing it would temper the feared anti-China turn his administration had promised previously.

It didn’t work. Once Trump got what he wanted from Xi on North Korea sanctions, he commenced his anti-China foreign policy the following year in 2018. He unleashed the trade war, he blacklisted Huawei and scores of other Chinese companies, while his administration rolled out the Xinjiang narrative to taint China’s engagement with the West. 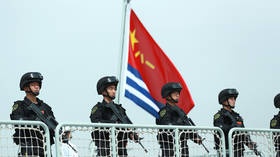 But China still held firm to engagement, focusing on negotiating a trade deal with Trump. This seemed to work in January 2020. Then Covid-19 came, hitting the US hard, and the Trump administration’s hostility to China went off the charts. The opportunity was taken to permanently shift US foreign policy into an adversarial cold-war mode.

What did Beijing do? Seeing an election on the horizon, it waited. Trump after all, the Chinese reasoned, was just a bad spell, erratic and destabilizing, and the US surely would become reasonable again once he was gone. They decided to wait him out and pursue an all-out effort to engage Biden instead, again hoping to rekindle the relationship.

It was wrong again. The Biden administration not only immediately embraced Trump’s entire foreign policy but actually expanded it. China attempted to engage, but nothing changed and displays of relentless hostility continued. Every meeting the Biden administration pursued with China was accompanied by an announcement of new sanctions both before and after it.

The American rendering of China as new cold-war style adversary was now a permanent consensus and feature of US foreign policy that goes far beyond one man. Worse still, Washington began to ‘multilateralize’ this approach and co-opt allies into joining in. 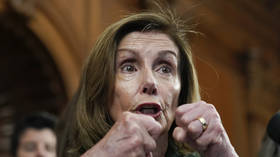 China, of course, knew this but was naïve or too optimistic in believing the reality could be averted. It was not until late 2021 that it began to ‘wake up’ to this new normal. Yet, it has taken until Pelosi’s Taiwan trip for China to find the strength to come out with “we can no longer have business as usual” but even then, some people still think the Chinese are bluffing, prompting an online meme described as “China’s final warning,” which was a form of ridicule the Soviet Union used against China for issuing ‘final warnings’ it never followed up on.

Yet there is nonetheless a sense that this time things are different. China’s military exercises have been relentless, with claims that they will become ‘the new normal’. That’s because even if China has been duly lenient with the US in the past, it now sees Washington as taking the liberty to trample on the commitments it had taken on to normalize its relationship with Beijing.

If China is forced to back away from its lines in the sand, it becomes an enormous loss of face and political prestige. While economics have also been a primary consideration of China’s foreign policy, the pendulum is now is now swinging towards the realization that the US has to be confronted, rather than simply lived with. It doesn’t respect China’s interests, only its own.

Therefore, how can dialogue and engagement be unconditional? So far, this bilateral relationship has functioned only on the premise of “Hi China, we hate you, we’re going to accuse you of genocide, we’re going to blacklist your companies, we’re going to build military alliances against you, break our commitments on Taiwan… oh, please help us on climate change… nothing in return.” And China’s patience is apparently at its end. 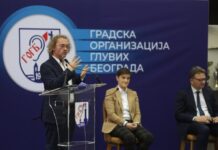 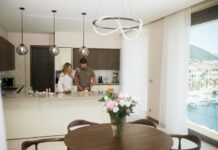 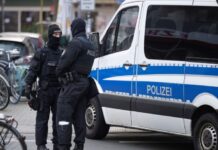