Pelosi reveals what could force her into retirement 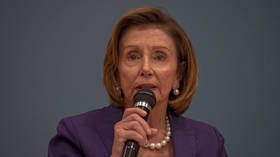 The attack on US House Speaker Nancy Pelosi’s husband, Paul, will play a role in her decision on whether to stay in Congress or step down, the politician admitted when pressed by CNN on her retirement plans on Tuesday. However, she also dodged a question about whether she had made the final decision yet.

“My decision would be affected by what happened the last week or two,” she told CNN's Anderson Cooper. Pressed by Cooper as to whether she meant the attack on her husband, Pelosi said “Yes.”

However, she left the question on whether she had made the decision to retire unanswered. The speaker said she was “glad” when Cooper admitted he would not bother to ask if the Democrats losing the majority in the House would prompt her resignation. 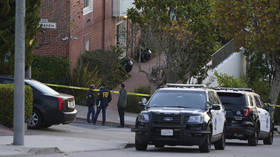 The interview aired as Americans head to the polls for the midterm elections, with the Republicans projected to win the majority in the House, thus potentially putting an end to Pelosi’s tenure as speaker. The polls have also sparked some speculation about the 82-year-old’s retirement plans.

The CNN interview was Pelosi’s first since the attack on her husband, 82, which took place two weeks ago at the couple’s San Francisco residence. An assailant identified as David DePape, 42, broke into the home looking for her, according to the FBI. The man allegedly planned to take her hostage, but ended up striking her husband with a hammer on his head, hands and arms instead.

Paul Pelosi underwent surgery and was discharged from the hospital on November 4. Nancy Pelosi told CNN on Tuesday that it was “really hard” for her to know she was the real target of the attack but that her husband was “the one who is paying the price.”