Crude will not be around forever despite high global demand, the UAE’s energy minister warned 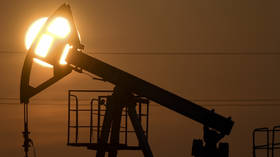 Oil will not be here forever and is already in “decline mode,” Suhail Al-Mazrouei, the energy minister of the United Arab Emirates, a major crude exporter, has said.

Speaking at the ADIPEC energy conference in Abu Dhabi on Thursday, Al-Mazrouei warned against “wishful thinking” of assuming that oil “is going to be there forever.”

“No matter how much we defend it, it’s in decline mode,” the official added.

The remark comes as OPEC released its ‘World Oil Outlook’ earlier this week, which forecasts global oil demand continuing to rise until 2045 due to a focus on energy security even as the world moves toward renewable energy.

The report noted that oil is expected to retain the largest share in the global energy mix, accounting for 29% over the forecast period, and that the industry will require $12.1 trillion in investment by 2045 to meet demand.

Experts point out that OPEC’s outlook doesn’t match the forecasts issued by other major entities. For example, last week the International Energy Agency (IEA) said in its own world energy outlook that it expects fossil fuel consumption to peak or flatten in the early 2030s due to attempts to accelerate energy transition policies in light of the conflict in Ukraine.