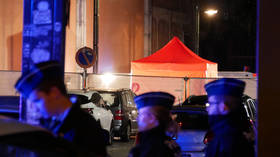 One police officer was fatally stabbed and another injured following a knife attack in the Belgian capital, with federal prosecutors noting they believe the incident was an act of terrorism.

The assault unfolded near the Brussels North railway station on Thursday evening, with the suspect, who has yet to be identified, attempting to stab two officers as they were on patrol, according to local law enforcement.

“One of our patrols was attacked by a man armed with a knife,” police said, as cited by a Belgian newspaper, adding that the two officers “then called for reinforcements. An officer from another patrol used his firearm to neutralize the attacker.”

The two injured officers were taken to the hospital, but one of them perished from a knife wound to the neck, the paper reported. The attacker was also taken to hospital, though his condition is unknown, as is that of the second policeman. 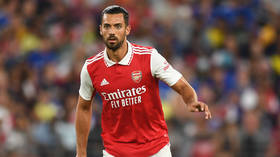 Eric Van der Sypt, an official with Belgium’s federal prosecutor’s office, told the Associated Press that the attack took place in a “terrorist context,” noting that federal authorities took over the case because there is “suspicion of a terror attack.”

Belgian media outlets claim the attacker was heard shouting “Allahu Akbar” – Arabic for “god is great” – during the attack, but officials have yet to confirm many details about the incident.

The assailant’s motive has yet to be determined. According to another local paper, Het Laatste Nieuws, the lone knifeman appeared at a police station earlier on Thursday, where he told officers that he intended to kill a member of law enforcement. A local police union reported the same, but it remains unclear why the man was not arrested.