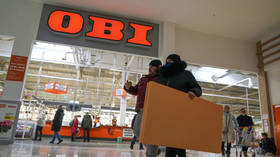 German home improvement retailer OBI has signed an agreement with a group of Russian investors to dispose of its business in the country, Vedomosti reported on Saturday, citing sources close to the deal.

According to the report, all six legal entities of the Russian OBI chain will be transferred to the ownership of Russian investment and construction conglomerate MAX Group (40% stake) and businessman Josef Liokumovich (60%). Under the agreement, MAX Group may later sell its part of the business to “third parties.”

The sources said the transaction was carried out at a symbolic price of €1.

On March 8, OBI announced it would cease operations in Russia, like many other foreign companies, in connection with the situation in Ukraine. In April, reports emerged that Russia’s Federal Antimonopoly Service had approved MAX Group’s bid to acquire OBI’s Russian business. On April 27, the retail chain started reopening its stores in the country.

Liokumovich has reportedly been a friend of the Haub family, which owns OBI in Germany, for many years, a fact he confirmed in an interview with Vedomosti. However, he declined to comment on his involvement in the acquisition of OBI’s Russian assets.

Over the past several months, the Russian OBI network has accumulated significant debts and will reportedly need about 4 billion rubles ($64 million) to pay them off and return to normal operations.