Twenty-eight countries have kicked out a total of around 400 diplomats, the Foreign Ministry has said 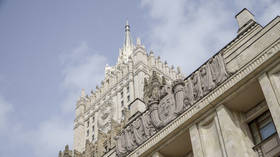 Around 400 Russian diplomats have been expelled from 28 countries since the launch of Moscow’s military operation in Ukraine, the Russian Foreign Ministry revealed on Monday.

According to Deputy Foreign Minister Evgeny Ivanov, diplomatic expulsions became the preferred method of the West even before February 24. Calling the seizure of Russian assets abroad another “unfriendly” measure, he said these actions “will not go unanswered.”

“We counteract where we can, up to appealing to the courts. Unfriendly actions do not go unanswered in the legislative sphere either,” Ivanov said during a parliamentary meeting, as cited by Russian media.

Moscow has previously warned that it would retaliate to all expulsions of its diplomats. On Monday, the Russian Foreign Ministry summoned German Ambassador Geza Andreas von Geyr to express “strong protest” over Berlin’s earlier decision to expel 40 employees of Russian diplomatic institutions. As a “symmetrical response,” 40 employees of German diplomatic institutions in Russia have been designated persona non grata, the ministry announced. 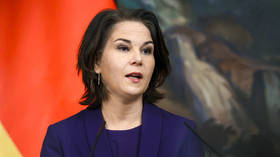 Russia attacked the neighboring state in late February, following Ukraine’s failure to implement the terms of the Minsk agreements, first signed in 2014, and Moscow’s eventual recognition of the Donbass republics of Donetsk and Lugansk. The German and French brokered protocols were designed to give the breakaway regions special status within the Ukrainian state.

The West responded to Russia’s offensive by imposing harsh sanctions, which Moscow considers “unlawful” and “unjustified.”