Spartak Moscow have worked with the US sportswear brand since 2005 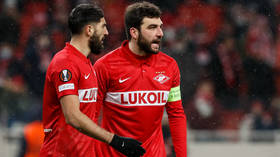 Nike will no longer sponsor Russian football giants Spartak Moscow, the club have announced, citing the ban imposed by UEFA on Russian teams as being behind the decision.

“Nike has notified FC Spartak of the termination of the sponsorship contract due to the fact that, in accordance with the UEFA verdict, our club will not be able to participate in European competitions next season,” read a statement on the official Spartak Moscow website.

“The management of the commercial department of Spartak is looking for a new supplier of equipment.

“Nike has been a technical sponsor of the Red-Whites since 2005. In the [kit] of this manufacturer, we won many memorable victories, including winning the Russian championship and the Russian Super Cup in 2017,” it added. 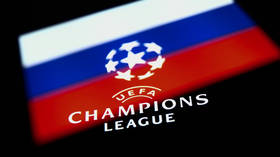 UEFA announced earlier this month that all Russian and Belarusian teams would be banned from its tournaments for the 2022/23 season because of the conflict in Ukraine.

That extended an initial suspension unveiled alongside FIFA on February 28. As a result of that decision, Spartak were removed from this season’s Europa League, where they had been due to face German rivals RB Leipzig in a two-legged last-16 tie scheduled for March.

After finishing runners-up in the Russian Premier League last season, Spartak have struggled this campaign as they lie a lowly ninth in the table with two games to play.

However, there was joy on Wednesday night as Paolo Vanoli’s men beat FC Yenisey to book a place in the Russian Cup final against crosstown rivals Dynamo Moscow later in May.

The Russian Cup winners would ordinarily have the chance to qualify for the UEFA Europa League, but that will no longer be the case due to sanctions. 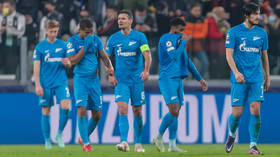 Recently crowned Premier League champions Zenit St. Petersburg are another Russian club sponsored by Nike, although they have not issued a statement on their cooperation with the sportswear company.

The Gazprom-backed Zenit will be deprived of a place in next season’s Champions League because of the UEFA ban.

Elsewhere, the president of Russian Premier League strugglers Ural has confirmed they received a similar notification from Nike to the one cited by Spartak.

In domestic terms, Spartak are the most successful ever Russian club, winning 22 Soviet/Russian top-tier league titles.

Speaking at the UEFA Congress this week, organization president Aleksander Ceferin said it “breaks his heart” that Russian clubs such as Spartak are banned, but defended the step as a necessary one.

“Football is undoubtedly the loser… one of the losers since we are depriving players, coaches and supporters who have nothing do with the current situation of their passion and their dreams,” said the UEFA chief.