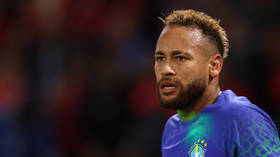 Brazil and Paris Saint Germain superstar Neymar has suggested that this month’s World Cup in Qatar could be his last.

The 30-year-old has starred in two World Cups for record five-time winners Brazil but has never lifted a major trophy for them despite being widely regarded as the best Brazilian player of his generation.

“I'll play like it’s the last,” Neymar vowed to local media giant Globo. “I talk to my father, we always talk, to play each game as if it were the last because you don’t know what will happen tomorrow. 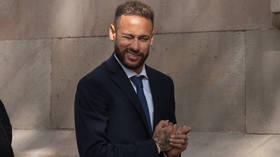 “There’s going to be a coaching change and I don’t know if that coach will like me,” he added, in reference to national team manager Tite stepping down after the tournament.

Closing in on Pele’s all-time goal-scoring record of 77 with 75 strikes of his own, while 21 caps shy of Cafu’s 142 record appearances, Neymar noted that he has “already built a long history in the national team and, for sure, I want to finish it well.”

“It’s more than I imagined, than I dreamt,” he claimed, of his success in the fabled yellow and green shirt since debuting as an 18-year-old.

“I never thought about numbers, I never wanted to overtake anyone, break a record. I always just wanted to play football.”

“Pele is the reference. Pele is football. Pele is practically everything for our country. The respect and admiration I have for him is enormous,” Neymar beamed, of his fellow Santos academy product who was a three-time World Cup winner.

“I want to play this [World] Cup, dedicate myself to it, because I'm sure we have the potential to go very far,” Neymar said, while insisting he is not chasing individual glory. 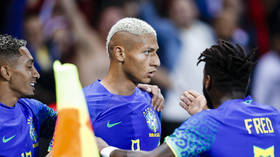 “Although a lot of people don’t believe in us, we will prove otherwise. I see that this national team has a lot of good things, and I see that we can go very far.

“I'm happy. I like to play football and I like to win. I like to be better than I am every day. I like helping my teammates, which is the main thing. I hope my name is engraved in football history,” Neymar wished.

Brazil start their Qatar 2022 campaign against Serbia on November 24 and will also take on Switzerland and Cameroon in Group G.