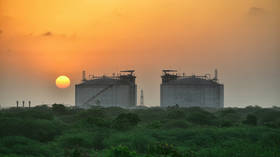 A diplomatic dispute is brewing between India and Germany after Berlin took over a former Gazprom subsidiary and halted LNG shipments to New Delhi.

The Russian gas giant’s former local subsidiary Gazprom Germania, renamed SEFE (Securing Energy for Europe), cut LNG supplies to India’s Gail back in May, citing sanctions Moscow imposed after the company was taken over by the German state. Under the sanctions, Gazprom stopped supplying SEFE with gas.

Gail had a 20-year contract with Gazprom Germania’s Singaporean unit, GM&T Singapore, for the supply of 2.5 million tons of LNG per year. According to Bloomberg, citing the association of LNG importers GIIGNL, the contract remained valid after Berlin took over Gazprom Germania, meaning SEFE was still required to meet its obligations to Gail.

In September, SEFE’s Singaporean unit said it could no longer fulfill its long-term contract with Gail and offered to pay compensation of 20% of the contract price for the failed LNG deliveries. Gail CFO Rakesh Kumar Jain last week said that SEFE had canceled a total of 17 LNG shipments since May. 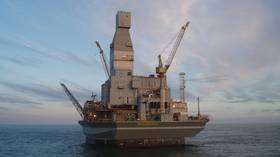 According to Bloomberg’s sources, India is now demanding that SEFE find alternative gas suppliers in order to meet its obligations to Gail, as the Indian company has been forced to spend much larger sums to buy gas on the spot market. It also had to cut supplies to customers and lower production at its petrochemicals plant due to the LNG deficit. The company has also turned down the compensation offer for undelivered LNG as it prefers to retain the right to the cancelled cargoes, Reuters reported on Friday.

Bloomberg’s sources said that both Indian and German diplomats have been engaged to solve the dispute. A diplomatic solution is preferable for the parties, according to the sources, although they noted that Gail was also consulting lawyers about arbitration over the contract with SEFE, which means the dispute could turn into a lawsuit. Gail is also reportedly negotiating with Gazprom to buy LNG directly from the Russian company.