The situation in Kabul is a “huge setback,” the military bloc’s secretary-general said 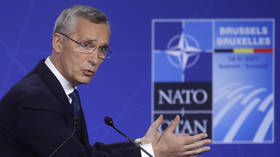 This week’s anniversary of the chaotic US withdrawal from Afghanistan is a “bitter” pill to swallow for NATO secretary-general Jens Stoltenberg, who sees current conditions in the war-torn country as a “tragedy” for the Western military bloc.

“What we have seen in the last year is actually a huge setback and the tragedy for Afghanistan, but also for all those allies and partners who worked so hard to create a more peaceful and democratic Afghanistan,” Stoltenberg told reporters on Wednesday in Brussels.

The US and its NATO partners walked away from their two-decade war in Afghanistan in August 2021, with the Taliban already back in control of the country and thousands of Western citizens and Afghan allies left behind.

Stoltenberg claimed that NATO “achieved a lot” in fighting terrorism, the original mission in Afghanistan, but the secondary goal of turning the country into a peaceful and stable democracy “proved to be extremely much more difficult.” 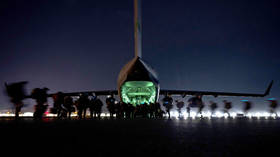 “What we see now in Afghanistan is a tragedy for the Afghan people, in particular for Afghan women,” Stoltenberg said. “The first anniversary of Taliban's takeover in Kabul is a bitter occasion where we demonstrate the brutality of the Taliban rule. And it's also, of course, bitter for all those who worked for so many years for a democratic, free Afghanistan, respecting human rights, including the rights of women.”

Asked what NATO is doing to pressure the Taliban to sever alleged relations with Al Qaeda and improve women’s rights in the country, Stoltenberg said members of the bloc are stepping up humanitarian aid for human rights groups and imposing severe sanctions against the Taliban. Just this week, the Wall Street Journal reported that US President Joe Biden’s administration had ruled out releasing $7 billion in Afghan Central Bank assets that were frozen after last year’s Taliban takeover. 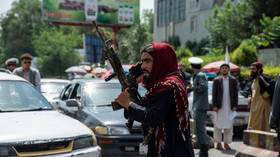 “As economists and other academic experts, we are deeply concerned by the compounding economic and humanitarian catastrophes unfolding in Afghanistan and, in particular, by the role of US policy in driving them,” they wrote.