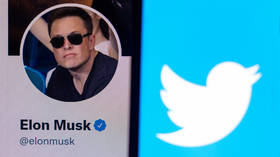 Twitter’s billionaire owner Elon Musk has reportedly promised the banks which helped fund his $44 billion acquisition of the social media company that he’ll crack down on executive and board pay, and develop new tools to monetize tweets.

In his pitch to the banks, the SpaceX founder noted that Twitter’s gross margin is much lower than that of peers such as Meta’s Facebook or Pinterest, three people familiar with the matter were quoted as saying by Reuters.

Musk reportedly said the company could be run in a more cost-efficient way. He is reportedly planning features to expand business revenue, including new ways to make money out of tweets that contain important information or go viral. 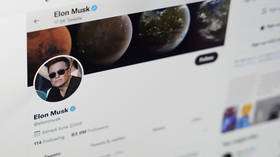 The businessman is also mulling the idea of charging a fee when a third-party website wants to quote or embed a tweet from verified individuals or organizations, according to the sources, who requested anonymity due to the sensitivity of the matter.

The Tesla tycoon purchased Twitter on Monday for the sum of $44 billion, vowing to take it private and return the platform to its roots as “the free speech wing of the free speech party.” The billionaire pitched his takeover bid earlier this month at $54.20 per share, shortly after he bought a 9.2% stake in Twitter on April 4. Twitter shares at the time were trading below $40 per share.

Twitter shares have jumped by over 35% since Musk announced his buyout plans. They were trading above $52 on the day of acquisition, and since then have edged back to $49 per share.