Moscow details progress on talks with US

A time and date for the dialogue requested by Washington will soon be set, the FM says 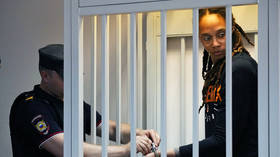 Russia will hold talks with the US following a request for a phone conversation by the State Department, Russian Foreign Minister Sergey Lavrov told reporters on Friday.

“We are currently discussing a date for such a conversation, and it should take place once I get back to my office. For the record, it’s highly unlikely to happen today. However, in the coming days we will offer our American counterparts a convenient date,” Lavrov said, speaking during a trip to Uzbekistan.

On Wednesday, US Secretary of State Antony Blinken said Washington had made Moscow a “substantial offer” for the release of WNBA star Brittney Griner and former Marine Paul Whelan, both in Russian custody at the moment. Griner was arrested on drug smuggling charges, and Whelan was jailed for espionage.

Blinken mentioned he was hoping to “advance the efforts to bring them home” in a conversation with Lavrov. 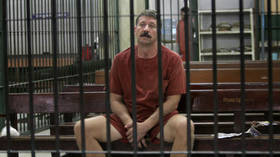 On Thursday, State Department spokesman Ned Price confirmed at a news briefing that the US “repeatedly” made it clear to Russia that it seeks a conversation between the two top diplomats.

Speaking about the potential prisoner exchange, Lavrov said the matter is outside of the Foreign Ministry’s scope, adding, “this topic was discussed back at the Geneva summit between President Putin and President Biden. Back then, they agreed to empower appropriate authorities to deal with matters of this kind. Russia’s Foreign Ministry is not on the list of those authorities. Nevertheless, I will listen to what he [Blinken] has to say,” the minister said.

As reported earlier by CNN, the US offered to swap Griner and Whelan for Russian arms dealer Viktor Bout, who was sentenced to 25 years’ imprisonment by a Manhattan federal court in 2012 after being convicted of conspiracy to kill US nationals, delivery of anti-aircraft missiles, and providing aid to a US-designated terrorist organization.