There are no reasons to panic, the national health watchdog says 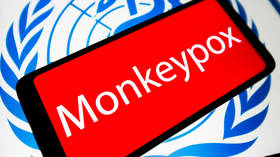 The Russian national health watchdog, Rospotrebnadzor, sees no reason to panic over the fresh monkeypox outbreak across the world. The disease is well known to humanity, the agency’s head, Anna Popova, told Russian KP Radio on Tuesday.

No monkeypox cases have been “imported” to Russia so far, Popova said, adding that Russia has a test-system capable of detecting the virus in a patient’s sample within hours. The Russian authorities have introduced sanitary control measures and have informed the medical personnel about the situation, she added.

“It is important to exercise vigilance,” Popova said as she urged medics to pay attention to certain symptoms that can be indicative of the disease. People who have traveled to the risk areas and have felt sick afterwards should inform doctors about their trips, the Rospotrebnadzor head advised. 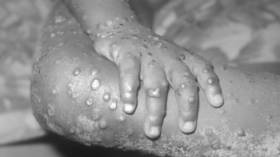 The initial symptoms of monkeypox include fever, headache, muscle aches, backache, swollen lymph nodes, chills, and exhaustion. A rash often begins on the face and then spreads to other parts of the body.

However, Rospotrebnadzor sees “no reason for panic” or a “particularly heightened awareness,” Popova told KP Radio. According to Popova, European nations have so far faced “the least dangerous” variant of the virus. “It is less pathogenic. It causes a milder disease,” Popova said. The Rospotrebnadzor head also said that the virus had not acquired many mutations in comparison to the variants.

“We do not see mutations,” Popova said, adding that the first scientific publications dealing with the outbreak show that the virus “is not any different from the one that was before” the outbreak. Russians born before 1980 should also not be particularly concerned about the disease, Popova added, explaining that vaccination against smallpox was mandatory in the USSR before that year and it might be effective against monkeypox as well. 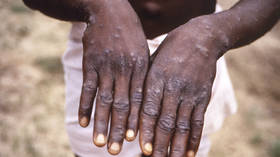 Monkeypox has been detected in over a dozen countries over the past few weeks, across Europe as well as Australia and in the US as well. Belgium has also become the first nation to order quarantine over the disease after it detected three cases on its territory. After a single patient was diagnosed with monkeypox about two weeks ago, the US rushed to snap up 13 million doses of the smallpox vaccine Jynneos, which was approved for use against the virus in 2019.

The WHO convened an emergency meeting on monkeypox last Friday as the number of suspected cases surged to over 100. Officials in the UK and US as well as some other countries have insisted the virus presents a low risk to the general public.

Most patients diagnosed with monkeypox recover after two or four weeks. According to the World Health Organization, the disease fatality rate amounts to some 3-6%.

However, a tabletop ‘simulation’ event conducted at the 2021 Munich Security Conference described a hypothetical monkeypox outbreak that led to 270 million fatalities globally.