The PM has been spared further fines as the investigation continues 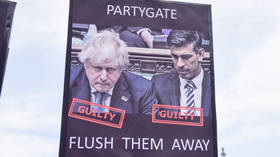 The UK Metropolitan Police have issued another round of fixed penalty notices to government officials who violated lockdown regulations, with the total number of such fines topping out at over 100, a statement from the agency revealed on Thursday. 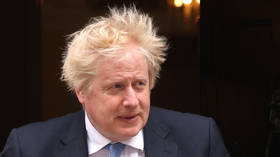 The announcement comes less than a month after the last round of fines, issued to attendees at a BYOB party in May 2020 attended by Prime Minister Boris Johnson. Attendees were invited to that gathering for “socially distanced drinks in the No.10 garden this evening,” and the PM acknowledged his own attendance, insisting he believed “implicitly that this was a work event.”

Police had refused to say anything regarding the latest round of FPNs in the days preceding last Thursday’s local elections, even as reports began to trickle out that officials were being fined for the party. The authorities cited restrictions around communicating before the vote in explaining why they waited until May 5 to provide further updates.

Johnson was not fined for the May party, and has thus far only received one £50 FPN – for attending his own birthday party in June 2020. The police have been investigating a total of 12 events for potentially violating Covid-19 restrictions, including a so-called ‘Abba party’ which Johnson insisted was a permitted work event despite the loud music heard emanating from the Downing Street flat at the time.

While the PM’s defenders have attempted to downplay the violations, Labour leader Keir Starmer has demanded he resign along with Chancellor Rishi Sunak, who was also fined for attending the PM’s birthday party. No sitting PM had previously been found guilty of breaking the law, the PM’s detractors point out.

Fewer than a quarter of Britons polled last month said they thought Johnson was telling the truth when he said he didn’t realize the party he was attending was illegal, and nearly half of respondents suggested he should resign – including a quarter of those in his own Conservative Party.