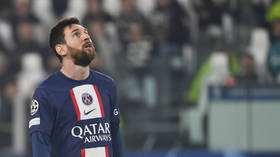 Paris Saint Germain intend to extend Lionel Messi’s contract after the World Cup, and will resume talks on the matter when the seven-time Ballon d’Or winner returns from Qatar.

Messi joined the Ligue 1 giants on a two-year deal in the summer of 2021 after joining on a free transfer when his terms with boyhood club FC Barcelona expired.

The 35-year-old becomes a free agent again at the end of June 2023, and has been linked with a return to Camp Nou.

Barca president Joan Laporta spoke to the Catalan daily newspaper Sport this week and indicated that Messi is welcome to don the iconic number ‘10’ shirt with them. 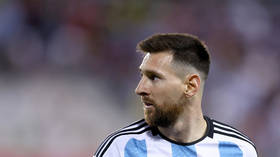 “Messi's return to Barça in 2023? Leo knows that Barcelona is always his home,” Laporta said.

Meanwhile, though, according to Mundo Deportivo, PSG are keen to hijack any potential reunion and want to resume talks over a contract extension with Messi when he returns from the World Cup in late December.

Messi has requested that negotiations be put on hold until after the tournament, where he will be chasing the only piece of major silverware that has eluded him in his illustrious near-20 year career.

PSG want to offer Messi another two years at the Parc des Princes beyond his 37th birthday, which will probably mean the Qatari-backed club are his last European employer.

Messi has also been linked with a move to Inter Miami in the MLS and has described playing in the US as a “dream”.

Securing Messi is a priority for PSG after they managed to get Kylian Mbappe to snub Real Madrid and extend with them until 2024, with an additional optional year, back in May. 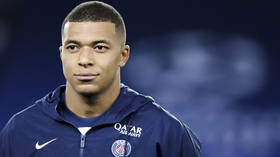 Other players that the Parisians are keen to tie down include defenders Sergio Ramos and Presnel Kimpembe, plus midfielder Marco Verratti, who should have his current arrangement extended until 2026.

Veratti joined from Pescara in his native Italy in 2012, and should he see out the potential contract, he would become one of PSG’s longest-serving players in its history by spending 14 years there.

Messi endured a difficult first season in Paris but has been in the form of his life in 2022/2023, with 12 goals and 14 assists in all competitions so far.

He leaves PSG for the World Cup with the team five points clear at the summit of Ligue 1 after a 5-0 win over Auxerre on Sunday.