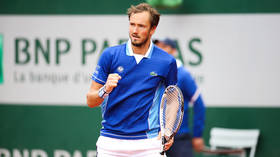 Daniil Medvedev has broken the record for Russian men’s tennis stars with the most time spent at the top of the ATP ratings, with Medvedev reaching a total of 10 weeks as world number one on Monday.

Medvedev, 26, overtakes the previous record of nine weeks for a Russian male star, which was set by Marat Safin across the 2000 and 2001 seasons.

The only other Russian ace ever to lead the ATP charts is Yevgeny Kafelnikov, who spent six weeks as number one back in 1999.

Medvedev leads the way in the current ATP singles rankings with 7,775 points. That puts him ahead of Germany’s Alexander Zverev, who has 6,850 points to his name.

Rafael Nadal is third on 6,165 points, with Stefanos Tsitsipas and Carlos Alcaraz completing the top five on 5,045 and 4,895 points respectively. 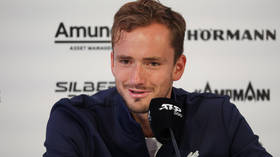 Medvedev, Rublev and their compatriots did not suffer a ratings blow despite being barred from Wimbledon, and benefitted after the ATP stripped the tournament of rankings points in response to its ban on Russian and Belarusian players.

That decision has significantly hindered the likes of Djokovic, although the 21-time Grand Slam champion had been heavily critical of the All England Club for its treatment of Russian players and backed the ATP’s reprisals.

Medvedev will have the chance to maintain his position at the top of the rankings when the season returns to his favored hard court surfaces in the US.

The Moscow-born star will have a significant points haul to defend at the US Open in August, where he is the defending champion.

The Serb is set to miss this year’s tournament because the US does not allow non-citizens into the country if they are not vaccinated against Covid-19. 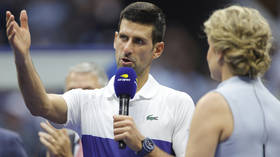 Djokovic, 35, repeated after his Wimbledon triumph that he was not willing to get jabbed against the illness simply to be able to compete at tournaments.

Medvedev is in his second stint at world number one, having first topped the ATP charts in February-March. Djokovic then reclaimed the crown, before Medvedev recaptured it again in June.

While Medvedev has overtaken two-time Grand Slam winner Safin to become the Russian men’s star with the most weeks under his belt at the top, he still has some way to go before being the record holder outright among Russians.

Women’s great Maria Sharapova spent 21 weeks in total at the top of the WTA ratings during her stellar career, which included five Grand Slam crowns.

In overall men’s terms, Djokovic is way out in front in terms of most weeks accumulated as men’s number one, with a staggering 373 weeks in pole position.

Medvedev’s tally of 10 weeks and counting puts him 19th on the all-time ATP list in terms of total time spent as number one.