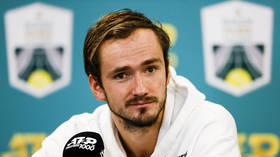 Russian tennis number one Daniil Medvedev has learned who he will face in the group phase of this month’s ATP Finals.

The draw for the season-ending men’s tour competition was held on Thursday. It pitted world number one Medvedev against his compatriot, Andrey Rublev, 2021 French Open finalist Stefanos Tsitsipas, and Novak Djokovic in the Red Group.

Medvedev’s biggest victory in his career came in last year’s final at the US Open, against 21-Grand Slam winner Djokovic.

Overall, however, Djokovic boasts seven wins to four against Medvedev head-to-head, with their most recent meeting – a semifinal in Astana – won by the Serb.

Medvedev has history on his side, however, against Rublev, who he has beaten four times and lost just once to. The most notable of those wins were two quarterfinal victories in the 2021 Australian Open and the 2020 US Open.

Nadal is the number one seed at the ATP Finals and has been drawn in the Green Group with Casper Ruud, Felix Auger-Aliassime, and Taylor Fritz. 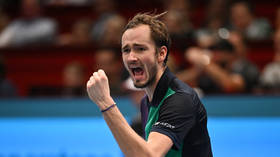 Whereas Nadal has never won the competition, generational rival Djokovic has claimed it five times and is looking to equal the recently-retired Roger Federer’s six triumphs.

Medvedev has reached the final before, and will look to avenge his loss to Alexander Zverev at the last hurdle in 2021.