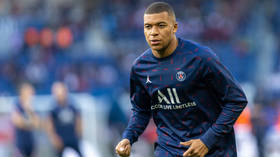 Kylian Mbappe is set to announce a decision on his future this weekend, according to reports, with some corners of the media now suggesting that the Paris Saint-Germain wonderboy will stay at his current club and snub Real Madrid.

On Tuesday, ESPN claimed that PSG had "given up" on trying to retain Mbappe, whose contract expires on June 30.

The Qatari-backed giants expected World Cup winner Mbappe to announce his move to Real Madrid on a free transfer "imminently" as the details for a switch to the Spanish capital were hashed out between Los Blancos and the player's legal team.

Yet while Telefoot alleges that Mbappe will make a bombshell announcement on Sunday morning at 11am in Europe, the same ESPN correspondent who claimed Mbappe was headed to Madrid has now reported that Madrid "think he is staying in Paris." 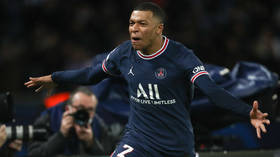 On Thursday evening, late night Spanish football program El Chiringuito and its well-connected host Josep Pedrerol discussed that they saw Mbappe signing for Madrid to be "very difficult" and that those in the Bernabeu were "very pessimistic" about pulling off the coup.

On Friday, transfer market experts such as Fabrizio Romano say that Mbappe has asked Madrid for a "bit more time to reflect" with internal talks set to take place with PSG today.

Romano's compatriot Gianluca Di Marzio says Mbappe is now "close" to staying at PSG after all and renewing his contract, and Eurosport claim to have details on the offer that the Parisians have turned the 23-year-old's head with.

In short, PSG are allegedly willing to pay Mbappe a whopping €300 million ($317 million) just to agree fresh terms as a renewal bonus, and then an unprecedented €100 million ($106 million) a year, or around €8.3 million ($8.8mn) per month, which would make him by far the world's highest paid player.

Not only would this figure eclipse and almost quadruple the reported €2.22 million ($2.445 million) Mbappe is paid a month according to L'Equipe, but also the €4.083 million ($4.5 million) per month PSG teammate Neymar is said to take home which is the highest anywhere in football at present. 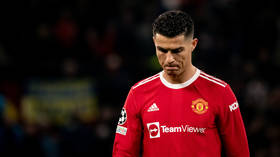 For France legend Jean-Pierre Papin, however, Mbappe has to follow his dreams and not the money, which Papin explained to Mbappe's father Wilfrid at a recent charity match they both played.

"A player, if he has dreams, he has to achieve them," Papin insisted to Eurosport. "If his dream is to play for Real Madrid, he has to go there, otherwise he will regret it for the rest of his life."

On Sunday morning, it seems, all will be revealed and football's biggest transfer should be put to rest for once and for all.