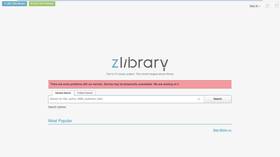 Multiple web domains belonging to popular free ebook resource ZLibrary were seized by the FBI on Friday after the shadow library fell under investigation by the US Trade Representative.

Z-lib.org, b-ok.org, 3lib.net and other domains were taken offline, redirecting to a graphic declaring they had been seized by the FBI in partnership with the US Attorney for the Eastern District of New York. While ZLibrary's darknet domain was still accessible as of Sunday, it carried an error message above the search bar.

The site held some 220 terabytes worth of information, much of it copyrighted and all of it free to access. As of September, about 11 million books and 84 million articles were available. 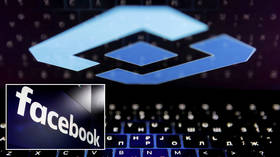 Horrified users likened the seizure to the burning of the Library of Alexandria – before trading suggestions for alternate platforms to use, such as free library Libgen. ZLibrary has been collecting content since 2009, when it began as a Libgen mirror. However, users soon began adding their own documents, meaning much of the content is likely to be unavailable outside ZLibrary – and certainly unavailable for free.

Beloved by students, who seldom have the funds to dump on expensive textbooks or pricey academic journal subscriptions, ZLibrary eventually gained a devoted following on TikTok – much to the dismay of the Authors Guild, a writers’ trade group. The Guild blames digital piracy for an average decline of 42% in writers’ incomes over the last decade.

After the Guild wrote to the US Trade Representative earlier this month referencing TikTok in its plea to have ZLibrary classified as a “notorious market” for promoting piracy, the platform blocked the #ZLibrary hashtag.

Some 200 domains associated with ZLibrary were ordered blocked in France in September following a lawsuit by the National Publishing Union, and multiple Indian ISPs were previously ordered to block access following a complaint by the Taxmann publishing company.

According to Bleeping Computer, however, “little is known about the platform’s operators and commercial status,” meaning ZLibrary may simply switch domains and rise again.

Some of the domains have been redirected to Njalla, an anonymous hosting provider founded by the creator of the Pirate Bay, though it's not clear how ZLibrary's operators could have regained control of their domains following the seizure.