Maksim Artemyev: Public opinion seems to be turning against the military draft in Ukraine, how will the Zelensky regime respond? 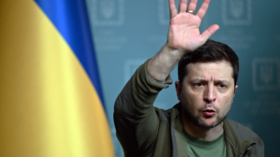 Five months into Russia's military offensive in Ukraine many in the latter state are starting to vocalise their objection to the draft imposed by the regime in Kiev. Especially as the propaganda about victory, any day now, starts to lose its power.

Popular Ukrainian blogger and activist Yury Kasyanov recently made a post on his Facebook page, in which he complained: “Let’s stop the mobilization, open the borders, and dissolve all the military recruitment offices… Let the professionals do the fighting – after all, they get paid for it – and let the volunteers join in, because they want to fight. But I am an untrained civilian, unfit for war, I’m going to get myself killed. And I pay my taxes, too!”

With this provocative post, Kasyanov intended to spark a discussion about mandatory conscription in Ukraine. But the results of the debate came as a shock to the blogger: “Judging by the comments on the previous post, nine out of ten Ukrainians have no intention to fight; they oppose nationwide mobilization, as well as the ban on men leaving the country.”

It should be noted that Kasyanov’s followers, like himself, are fierce supporters of the idea that Ukraine must fight Russia to the bitter end. And yet, even among them, the vast majority have no desire to die for the glory of Ukraine.

Modern civilization is built on a very self-conscious attitude toward one’s health. The first thing you see when you go online are banner ads that read ‘10 Warning Signs That You Have Cancer’ or ‘How to Relieve Joint Pain’, etc. Other core values include bodily integrity, the right to privacy, and of course, everyday comfort and convenience. None of these go together well with the squalid realities of the front line. One might say that the whole ethos of war stands in opposition to the values of today's society. 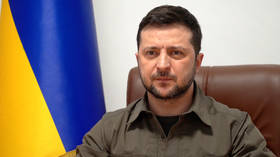 Ukraine is a country largely populated by one or two-child families. How many of its citizens would voluntarily go to war to be killed or crippled? It should come as no surprise, therefore, that Ukrainians do not want to go to war. Yes, if you listen to what they say, the majority of Ukrainians are patriots. But when it comes to getting up from the couch and actually going to the front, very few are willing to ‘walk the talk’.

And I don’t imagine that, after 30,000 more Ukrainian soldiers have perished on the battlefield, anyone would feel more motivated to join the cause. In fact, it would likely produce the opposite effect: ‘I don’t want to die like all the others’. It is much safer to engage in fiery debates on social media from home, or to follow the fighting on YouTube.

What’s more, Ukraine is going through a demographic crisis with its population shrinking from 52 million in 1991 to barely more than 30 million, even before the conflict erupted in February. The situation is so bad that the state has avoided holding a census for over two decades.

I read Ukrainian mass and social media daily, which is heavily censored by the regime in Kiev. It's output is rather different from the reality on the ground.

While the internet is flooded with videos of Ukrainian soldiers refusing to fight, complaining that their fleeing commanders are throwing them at tanks as cannon fodder– without any equipment or training. There are hundreds of these videos and new ones are uploaded every day. They are shot by Ukrainians in military fatigues, not Russian state media. Also, the number of videos showing Ukrainian women refusing to let their men be taken by the police or recruiters is also growing.

Despite this, the Ukrainian media and elite bloggers avoid commenting on this. They, of course, want to silence a phenomenon which is key to understanding what is happening to the country. Over the course of numerous addresses to his people, not once has President Vladimir Zelensky mentioned the countless instances of soldiers refusing to obey orders, which is mostly the case with mobilized men and volunteers on the front line who thought they were going to serve near their home areas.

The reasoning is often that they are not willing to risk their lives so that Russian won't become a second official language, or Kiev can become a formal ally of the US. The price is too high for what is at stake.

There is little wonder why Ukrainian media pretends the issue doesn’t exist. The mere acknowledgement of the fact that so many soldiers are discontented would shatter the carefully constructed image of a nation united in selfless patriotism.

The gag order from the Ukrainian government preventing publication of any data on the army’s losses – unquestioned by Western media – is no accident either. The authorities prefer to keep their people in the dark when it comes to the number of those who have already been killed. This policy has been fruitful so far. The May and June polls by the Kiev International Institute of Sociology and NORC at the University of Chicago commissioned by the Wall Street Journal indicate that 90% of the population in Kiev-controlled territory trust the Ukrainian Army, and 85% trust Zelensky, who has banned the real opposition. Curiously enough, while 89% of the respondents voted against ceding any territory, only 66% said they believe that Ukraine can reclaim the territories already lost. 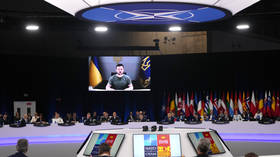 All of this provides a clear answer as to why Kiev is actively recruiting foreign mercenaries. Since they are better motivated than Ukraine’s own recruits, they can be deployed to the more dangerous zones. It’s possible that the regime's main problem is that it does not know how to deal with the fact that citizens en masse are trying to avoid being drafted and sent to the front lines. The official ban for all male citizens between 18 and 60 years old to leave the country is itself indicative of Zelensky's line of reasoning that those who are allowed to exit would hardly want to come back and fight. It doesn’t provide a solution though. Instead, it increasingly demotivates people.

Military enlistment offices are extremely disorganized. Recruitment campaigns are run in the streets, shopping malls, and even on public beaches. Recruiters have also been reported using their power to draft eligible males as leverage against them or a means of revenge or punishment. This again shows that many perceive the prospect of joining the army to protect the homeland as undesirable rather than an honor.

It’s not impossible that in the absence of civilian jobs with a decent paycheck, many will volunteer to join the forces just to feed themselves and their families. However, the budget is not big enough to fill the gaps with volunteers. A certain number of recruits will have to be drafted. It remains unclear how Kiev plans to tackle this pressing issue, when so many seem to feel the cause is not worth risking their own lives for.

By Maksim Artemyev, a Russian journalist and historian