Alexander Volkanovski hopes to face the Russian at UFC 284 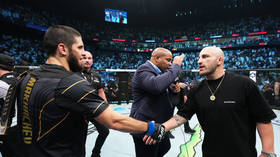 MMA fans shouldn’t have to wait too long for confirmation of a planned superfight between UFC lightweight champion Islam Makhachev and featherweight champion Alexander Volkanovski.

According to Volkanovski, the development is “close,” with the UFC 284 pay-per-view event in Perth in his homeland of Australia earmarked as the perfect setting for the bout on February 12.

“We’re obviously pushing for it,” Volkanovski said on Friday. “Everyone wants it. We’re going to make it happen.”

Volkanovski is moving up in weight to challenge recently crowned champion Makhachev, who clinched the vacant lightweight belt by beating Charles Oliveira at UFC 280 in Abu Dhabi last month. 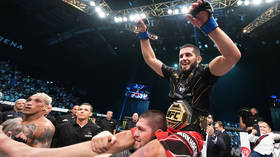 Makhachev invited “short guy” Volkanovski into the octagon following the win, to tease the potential match as they shook hands.

Due to the Dagestani being the bigger man, Makhachev will be favored by most pundits and fans. This shouldn’t phase Volkanovski, however, who is the UFC’s pound-for-pound best fighter and is relishing the challenge.

“It’s going to be like a David and Goliath, because everyone thinks he’s the strongest man on the planet, [with the] best grappling anyone has ever seen,” Volkanovski said.

“The way they're talking about him – it's just going to look incredible when I get the job done.”

Volkanovski claims to be eating 4,000 calories a day to move up and try to become only the second fighter in UFC history to boast both the lightweight and featherweight titles at the same time.

Should he get past Makhachev, he is open to facing the first man to achieve the feat in Conor McGregor.

“That’s next then, right?” Volkanovski asked.

“Let's make that happen after that. … There's only been four champions in the featherweight division. The only one I haven't fought is Conor McGregor. 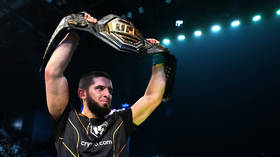 McGregor hasn’t been seen in the octagon since losing to Dustin Poirier for the second time at UFC 264 in July last year via a nasty leg break TKO.

Approaching the weekend of UFC 281 where middleweight king Israel Adesanya defends his crown against Alex Pereira, the rumor mill has alleged that McGregor will face Oliveira in June 2023 before the winner gets a shot at whoever is lightweight champion.