Many of the bloc's members oppose Kiev jumping the queue, the Italian PM warned 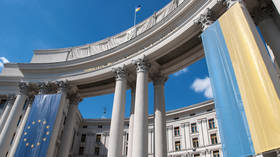 Only Rome supports giving Ukraine candidate status in the European Union, with all the other major EU members opposed, Italian Prime Minister Mario Draghi revealed on Tuesday. The bloc's officials will try to draft a fast-track proposal for how Kiev could join sometime in June, he added.

“Almost all the major EU member countries are against giving Ukraine candidate status – except Italy,” Draghi said at a press conference in Brussels, answering a question from the Italian news agency ANSA. “Candidate status is currently not predictable due to the opposition of these countries.”

Draghi added that he could “imagine” that the European Commission would present a plan to fast-track Ukraine’s application for future candidate status at a meeting in June.

He noted that most states wait for years to become candidates, let alone for EU membership itself, and that the EU has proposed various other arrangements to “sweeten the pill,” but none of them were acceptable to the government in Kiev.

Ukraine submitted its application for EU membership on February 28, four days after the outbreak of hostilities with Russia. The European Council “acknowledged the European aspirations and the European choice of Ukraine” in March, and said they had “swiftly” passed Kiev’s paperwork to the European Commission. 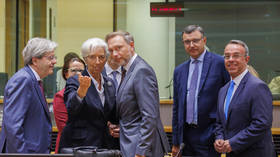 In early May, Russia announced that Ukraine’s membership in the EU would be just as unacceptable for Moscow as Kiev joining NATO.