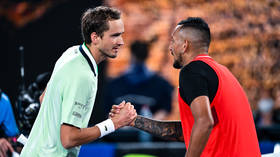 World number one Daniil Medvedev will meet the in-form Nick Kyrgios in the second round of the Canadian Open on Wednesday, with the Australian describing his Russian rival as a “machine.”

Both men enter the clash in Montreal on the back of title wins, after Kyrgios clinched a first WTA crown in three years with victory at the Citi Open in Washington DC on Sunday.

The 27-year-old is in a rich run of form having reached a maiden Grand Slam final at Wimbledon last month, where he lost to Novak Djokovic in four sets. That is Kyrgios’ only defeat in his last 13 singles matches. 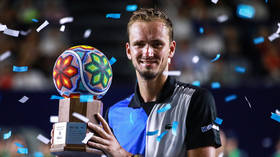 Medvedev, 26, was sidelined at Wimbledon due the ban on Russian and Belarusian players, but returned to win the Los Cabos Open in Mexico at the weekend for his first tournament success of the year.

The Russian is top seed at the Masters 1000 event in Canada, being handed a first-round bye, but will face Kyrgios in the second round after the Australian saw off Sebastian Baez of Argentina 6-4 6-4 on Tuesday.

“Medvedev is coming from a title too and he is the number one in the world,” said Kyrgios after his win.

“It’s not like the rankings mean too much as the guy I played today is ranked ahead of me. But Medvedev is a machine.”

Kyrgios holds a 2-1 head-to-head advantage over Medvedev, although the Moscow-born player won their last meeting at the Australian Open in four sets back in January. 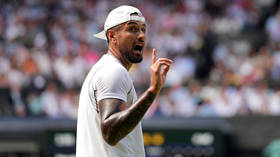 “Medvedev is a hell of a player. His style is so unorthodox, he is a great competitor and he is just an animal,” Kyrgios added. “I am looking forward to seeing where I am at.”

Medvedev is the defending champion in Canada and is aiming to gain momentum ahead of an even bigger title defense at the US Open in New York later in the month.

A run to the final in Canada would see Medvedev assured of his world number one ranking until after the US Open.