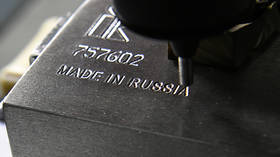 The British government announced on Sunday it will raise tariffs on imports of platinum and palladium from Russia and Belarus as part of a new round of sanctions targeting £1.7 billion ($2.10 billion) of trade.

Import tariffs on a range of products will be raised by 35%. London will also ban exports of goods such as chemicals, plastics, rubber, and machinery to Russia, worth a combined £250 million ($310 million).

“This is the third wave of trade sanctions announced by the UK government and, excluding gold and energy, will bring the proportion of goods imports from Russia hit by restrictions to more than 96%, with more than 60% of goods exports to Russia under whole or partial restrictions,” the government said in a statement. 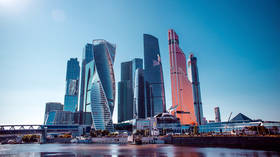 Britain has joined the West in an effort to cut Russia off from the global markets. So far, they have introduced unprecedented economic penalties on Russia in response to the military operation in Ukraine.

In several months, the country became the subject of over 6,000 different targeted restrictions. Russia is a major global exporter of all types of commodities, including energy and grain.

Russia, a leading producer of platinum and palladium, is also a major global exporter of all types of commodities, including energy and grain.