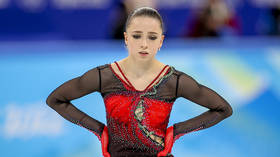 A leading Russian politician has reacted to a key development in a doping row involving teenage figure skater Kamila Valieva.

World Anti-Doping Agency (WADA) President Witold Banka revealed on Twitter on Tuesday that Valieva’s case had been referred to the Court of Arbitration for Sport (CAS) by his organization.

Valieva, who was 15 at the time and is now 16, tested positive for a banned substance, trimetazidine, used to treat angina while competing at the Russian National Championships in December.

The findings were only released on February 8 of this year, however, which was a day after the skating prodigy had helped the Russian Olympic Committee (ROC) team win a gold medal at the Beijing Winter Olympics. 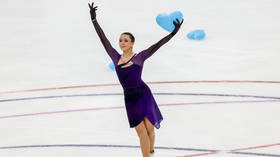 Last month, WADA’s Russian counterpart RUSADA announced that it wouldn’t publicly release its findings after an investigation into Valieva’s case and said the decision was made to “protect the interests” of the teenager.

According to Russian State Duma Deputy Dmitry Svishchev, though, WADA referring the case to the CAS is a “bad sign” for Russia.

“But sooner or later the case would go to court, I have no doubt,” Svishchev conceded to TASS.

“Before that, the final decision depended on the RUSADA committee, but I'm sure that any decision of our agency would be challenged by WADA, the International Olympic Committee or the International Skating Union (ISU) in court. We didn’t expect anything else, so since February, [our] lawyers had to prepare for this situation.”

Svishchev expects a “long procedure” to play out with the Swiss-based CAS, which means that “our side has to be ready for anything.”

“We need to have weighty arguments and a strong legal position. I am sure that we will be pressured in every possible way, but our athletes have experience of acquittals in the CAS. They have won cases [before].

“If we talk about the current situation with the Valieva case, then we still need to understand why WADA is blaming RUSADA, [and] for what reason.

“This needs to be sorted out, since this winter the sanctions that were imposed specifically on RUSADA should be lifted from our sport. 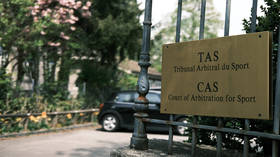 “We must not give reasons for accusations, otherwise we have been working all this time in vain,” Svishchev stressed, before adding that the matter will be discussed at the next meeting of the State Duma Committee, which RUSADA and Russian Figure Skating Federation representatives have been invited to.

On the same day that Svishchev made his remarks, the IOC said that it expected the CAS to deal with Valieva’s case “as soon as possible.”