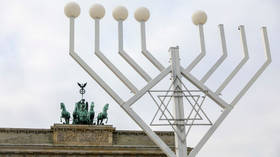 Germany is intrinsically anti-Semitic and any Jews serious about their religion should leave, the leader of a Jewish community in Brandenburg said in an open letter published on Wednesday, adding that he is moving to Israel.

“With its anti-Jewish foreign and domestic policies, the country has proven that anti-Semitism is an inseparable part of the state political ideology,” Semen Gorelik wrote in his missive, which was made public by Die Achse des Guten (The Axis of Good), a pro-Israel news portal. “You can’t live in this country as a Jew! And I don’t want to live in this country anymore.”

In what the Jerusalem Post described as “a furious bill of particulars,” Gorelik pointed out that the German president has laid a wreath on the grave of “murderer, terrorist and anti-Semite” Yasser Arafat, while its chancellor has brought in as refugees “millions of anti-Semitic Muslims who are attacking Jews and Jewish institutions.” Germany also promotes “terrorist gangs” and “collaborates with the anti-Semitic states that want to destroy” Israel and the Jews, he wrote.

According to Gorelik, German children are raised to become anti-Semites with the help of “massive anti-Jewish and anti-Israeli state propaganda” financed by compulsory taxes and fees. 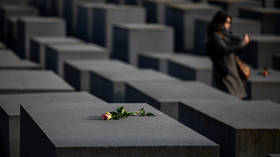 Another major grievance of his is that Germany has established a “substitute Judaism with state-owned sham synagogues,” and is not allowing any associations independent of the state-controlled Central Council of Jews in Germany.

Gorelik pointed to the experience of his own family, which arrived in Germany in 1996, as refugees from the former Soviet Union. They have been trying to register an association in Potsdam since 1999, he said, against the stonewalling of local, state and federal courts.

Germany, he said, is “an epicenter of anti-Semitism” whose state ideology has not changed since Martin Luther and the Middle Ages. It is pointless to try and change anything on this “never-ending” list, he concluded.

I am going to Israel and I recommend everyone who professes Judaism to leave this country as soon as possible.