Lavrov to head Russian UN delegation, despite US sanctions 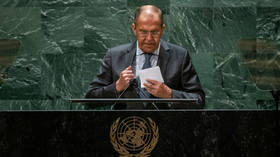 Foreign Minister Sergey Lavrov will lead the Russian delegation to the UN General Assembly, scheduled for the end of September in New York, the Kremlin announced on Monday. President Vladimir Putin does not intend to travel to the UNGA or even address the event online. It is unclear whether the US will allow Lavrov and another member of the delegation to enter the country, even for the UN event.

There are “no plans” for Putin to travel to the US or address the world body, Kremlin spokesman Dmitry Peskov told reporters on Monday. Instead, the Russian president signed a directive designating Lavrov as the head of the Russian delegation.

He will be accompanied by Deputy Foreign Minister Sergey Vershinin and Russian permanent representative to the UN Vassily Nebenzia, as well as Senator Grigory Karasin and Duma deputy Leonid Slutsky, who chair the foreign affairs committees of their respective parliamentary chambers.

The US government sanctioned Slutsky in March 2014, over his support for Crimea rejoining Russia. Lavrov was added to the sanctions list on February 25, as Washington accused him of being “directly responsible for Russia’s unprovoked and unlawful further invasion” of Ukraine. Russia has dismissed the embargo by the US and its allies as unilateral and illegitimate. 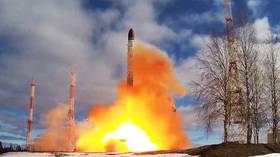 The UN General Assembly traditionally takes place in the third week of September at the world body’s New York headquarters on the East River. This year’s 77th session is scheduled to run from September 20-26.

Under a series of treaties and conventions governing the US’ role as the host country of the UN, Washington is responsible for recognizing the individuals who are accredited by the UN. They are accorded full diplomatic immunity with respect to their official duties.

Iranian President Ebrahim Raisi said last week that he planned to travel to New York and address the UNGA, even though the US sanctioned him in November 2019.